Ted Cruz has had a rough couple of days lately. The Texas senator’s had to deal with hostile protestors, saw his dad smeared as the associate of a president killer, and he’s currently watching his 2016 ambitions crumble to pieces. Where do things go from here, you ask? Samantha Bee‘s got the answer: online mockery.

The host of Full Frontal put up a post on Medium today with an old show graphic depicting a very neanderthal-looking John Kasich snacking on his fallen GOP competition for some reason. 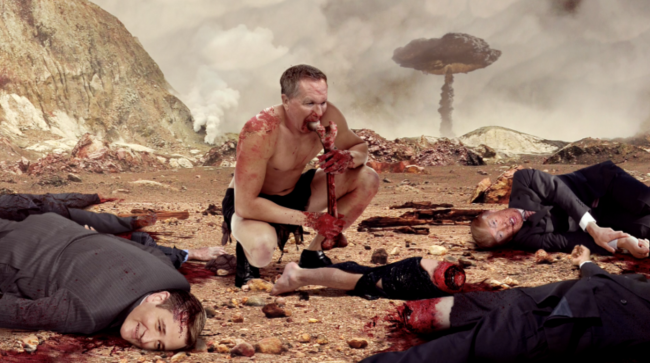 With this, Bee looked at the photoshopped image of Cruz and pondered “what would you do with a Lyin’ Ted of your own?” Deciding this was the perfect prompt, Bee tweeted out and asked the Interwebs to submit their best ideas for the real reason why Cruz was cursed so much by Donald Trump‘s nickname.

Finally accepting himself and his true desires pic.twitter.com/0TrlF5xaOy