Does The NRA Really See The Pitchforks And Torches?

Does The NRA Really See The Pitchforks And Torches? 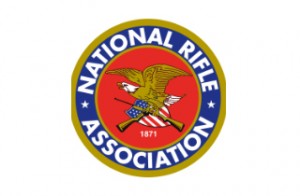 After a four-day waiting period, the National Rifle Association finally released a statement on Friday’s horrific mass shooting at Sandy Hook Elementary School in Newtown, Connecticut, and rather than simply offer condolences and continue to lay low, the gun lobby’s most powerful organization created huge expectations for itself. Promising to offer “meaningful contributions to help make sure this never happens again,” they announced a “major press conference” in Washington. DC this Friday. The NRA only gets one chance to do this right, but will their “contributions” take into account the national mood on guns, or aggravate it?

The NRA took a lot of heat for remaining silent in the days immediately following the shooting, a decision whose wisdom will be borne out on Friday. Despite the criticism, the NRA probably judged, correctly, that they were the last people anyone wanted to hear from in the days after such a tragedy, especially if the organization had nothing to offer but empty platitudes and a tentative defense of their organization’s aims.

If the NRA has any sense at all, though, they should also know that if they just intend to offer more of the same, they will still be the last people anyone wants to hear from exactly one week after that shooting. They didn’t have to invite this spotlight; they could have simply put out a statement, let it breathe, and slowly emerge from their cave as things died down. Announcing a major press conference means they have either had a true come to Jesus moment on gun control, and really do have “meaningful contributions” to offer, or they recognize the need to talk their way into a seat at the table where their future figures to be majorly altered.

If the latter is their intent, and they use that press conference to largely deflect blame onto videogames or mental illness, while offering up a token concession or two, the NRA may find itself even more on the wrong side of the public mood than they already are. The saturation coverage of this earth-shattering tragedy has included copious information about the ways in which the NRA opposes gun regulations that even its members overwhelmingly support, information you used to only hear from media gun control advocates like Lawrence O’Donnell and Alex Wagner, but which is now squarely part of the national conversation. The public already has a baseline impression of the NRA as opponents of any and all gun regulation after years of mass shootings which were followed by legislative inaction (or action in the wrong direction), which somehow elicited deranged paranoia from the likes of NRA executive vice president Wayne LaPierre. In short, they have a well-earned reputation as bad faith actors in the national conversation on gun violence.

So far, that reputation hasn’t hurt the NRA where it matters: with their members and with legislators. Fox News reports that NRA membership is up in the wake of the shootings, which could be a short-term reaction from people who now wish to arm themselves, or a circling of the wagons by whatever 2nd Amendment absolutists who weren’t already members. The organization doesn’t derive its power from those members, but from its ability to lobby for laws that benefit gun manufacturers, while collecting money from a membership whose views it ignores. The NRA’s power to move legislation is entirely dependent on their ability to make lawmakers fear the NRA more than they fear their constituents.

Before Friday, that was easy, because the people who favored some gun regulation didn’t care nearly as much about it as the people who want no regulation at all, who view any restrictions on gun rights as a slippery slope to a Nerf America, people who view no gun restrictions at all as a secret plot to take away their guns. Regrettably, it was still easy following the Tucson mass shooting that killed 9 year-old Christina Taylor Green and five others and nearly took the life of Rep. Gabby Giffords. The grief that followed that tragedy, and others before and since, was always drowned out by those who would insist that the role of guns in these tragedies could not, and should not, be mitigated through any means other than arming more citizens.

This is different. The magnitude of this tragedy, the unthinkable details, the crushing pangs that it forces into the hearts of anyone who hears about it, has forced people to examine even their most stubborn beliefs about guns. Others in the gun business seem to recognize the toxicity of their industry, and if the NRA handles their press conference on Friday poorly, they could find themselves way out in the cold in Washington.

Holding that press conference exactly one week after the tragedy leaves them very little room for error. If they have truly had a change of heart on the issue of guns, or even if they want to avoid worsening the public mood toward them, the NRA needs to offer, at the very least, those markers that President Obama laid down at Wednesday’s press conference: reinstatement of the assault weapons ban, a ban on high-capacity magazines, and background checks on all gun sales. Weak-sauce generalizations about having a “conversation” about amorphous possible concessions will not cut it; that approach would have been better suited to a canned statement, not an attention-grabbing rollout like this.

The NRA could surprise everyone by coming out in favor of restrictions that go beyond these obvious measures, but if the aim is to rehabilitate their image as bad actors in the gun debate, this is the bare minimum that they need to do.

It’s also possible that they intend to pull a Charlton Heston, and pose themselves as defenders of principle in the face of public hysteria. Wayne LaPierre is booked on Sunday’s Meet The Press, which would be an ideal setting to make that case. MTP host David Gregory has demonstrated no aptitude to press LaPierre on the “principle” behind 100-round drum magazines and liability shields for gun manufacturers, but his program is a prominent political megaphone.

If this is where the NRA is headed, to Cold Dead Hand Junction, so much the better, because it will concentrate their support from the most strident opponents of gun regulation, but it will fatally extend their radioactivity to everyone else. Gun owners, and everyone else, deserve better than the likes of Wayne LaPierre and the legislative cowards he holds sway over.

However, if LaPierre and the NRA have truly had a change of heart, and come out in favor of substantive changes in  gun policy aimed at reducing gun violence, even while noting the surrounding bathwater of mental health care and videogames, they will have earned a seat at the table, provided they sit silently and nod.