Domino’s decided to put two of those things together in one pizza ad, and then printed this in a magazine in Israel. Is your mind prepared for this? Okay. Here goes: 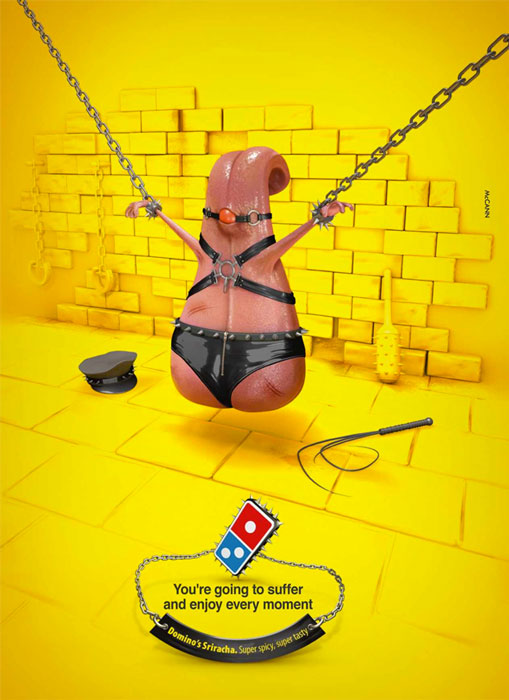 Now, Domino’s has no official product tie-in with the upcoming movie 50 Shades of Grey, nor do they have one with any makers of Sriracha. We’ve heard rumors, however, that this is an endorsement deal between Domino’s that part of the human brain that’s induced into projectile vomiting by seeing horrifying images — like, say, a tongue with arms wearing S&M leather and a ball gag. (And then, naturally, we’d go out for Sriracha pizza afterwards.)

@Mediaite This was created with unauthorized use of our branding. The people responsible are being dealt with.

Unusually, this was not a prank made by a bored graphic arts student: the original ad was found on Ads of the World, a Mediabistro property showcasing ad campaigns from agencies around the world, and Domino’s confirmed that it was a pitch from McCann Erickson Tel Aviv to an independent franchiser. So, sorry, your creative team, you guys will be…dealt with.