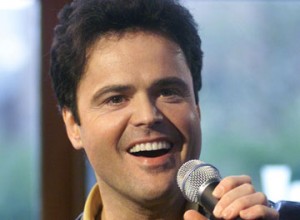 If the thought of Radio Osmond seems odd to you, consider his career so far:

A true renaissance man if we’ve ever heard of one.

Osmond’s newest foray following his glorious, highly besequined victory on “Dancing With The Stars,” will air weekdays from 10AM to 3PM. He told the AP in true B-list celebrity fashion: “You’re not up all the time, and when you are up, you ride that wave.”

While the world as we know it is no stranger to Osmond’s voice on the airwaves (he only had, what, 5 gold records and a rockin’ Christmas album?), his new talk show basically re-presents him to his original audience, women now aged 45-60, who grew up listening to his good-boy-gone-good chart-toppers. Now they can enjoy premium content like Osmond’s personal life anecdotes, his fav “adult contemporary selections,” and maybe an advance screening of his new album, slated for debut in 2011 (girly screams).