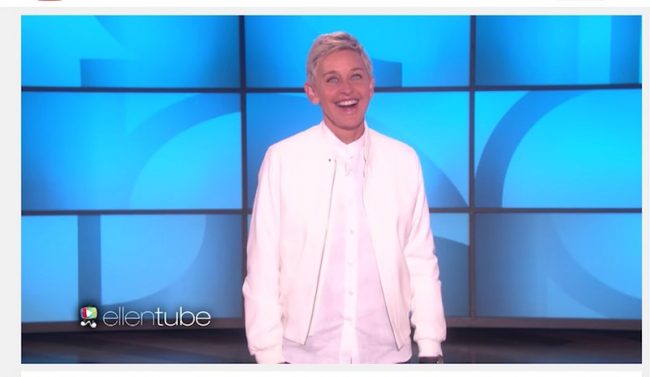 Today, noted-sexist Ellen DeGeneres (…that’s a joke) got herself into hot water after making what some have taken to be demeaning comments about pop-star Katy Perry in a happy birthday tweet.

It is being argued by the very astute denizens of Twitterville that with the tweet, Ellen is minimizing Katy’s talent and character. While Ellen is generally an accepted beacon for the tame and inoffensive, some on Twitter were triggered by the tweet and have taken to decrying a double standard.

If a man made this joke, Ellen would lead the cries of ‘SEXIST PIG!’ https://t.co/lgXNX82Nk8

If a DUDE said this the World would stop https://t.co/I4rOKmIplI

Me.Fem!!! You support women sexualizing other women? If that was me in that pic and tweet I’d be DONE.

Imagine if Cam Newton or any other Man sent out this tweet & photo. pic.twitter.com/7fvRGg9lgZ

My point is that you think poor Katey felt comfortable being sexualized in this photo?

While some may see the validity in Rappaport’s outrage, others in the media and even some of his own supporters bucked back at his attempt to decry the sexism of Ellen’s tweet:

Have we reached the peak of the offense industry?https://t.co/iFAgpaKlCQ

You’re not a woman. Let’s start there. You’re not upset about her being sexualized. You’re upset you as a man cant do it w/o backlash

Is it just me, or is the latest go-around on the outrage wheel always a little bit lamer than the last time?