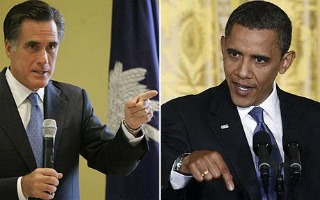 During a ceremony in the White House on Tuesday, President Obama awarded the Medal of Freedom to several recipients including Jan Karski – a resistance fighter in Nazi-occupied Poland during World War II. But Obama angered Polish people around the world when he referred to concentration camps as “Polish death camps.”

Polish Foreign Minister Radoslaw Sikorski said he expected a clarification and apology from the White House for the mistake. “The White House will apologize for the outrageous mistake,” said Sikorski. “It’s a pity that ignorance and incompetence overshadowed such a momentous ceremony.”

Polish Prime Minister Donald Tusk has also expressed his shock at President Obama’s mistake. The White House issued a correction and apology for their mistake, but Tusk is not satisfied and reportedly wants a “clearer” apology from President Obama.

Meanwhile, Romney – who officially clinched the Republican Party’s presidential nomination last night after Texas’ primary put him over the top in required delegates – had his exuberance tampered when his campaign’s cell phone app was released with a misspelling.

Romney’s app spelled America in the sentence “A better Amercia.” As the New York Times notes, the mistake prompted “many snarky responses.”