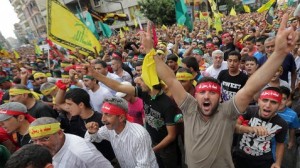 Egypt’s general prosecutor issued multiple arrest warrants today for eight individuals involved in the production and distribution of the controversial film Innocence of Musims. The warrants were issued for seven Egyptian Coptic Christians, including Nakoula Basseley Nakoula, who is believed to be the main producer of the film, and for the controversial Florida pastor Terry Jones, who was contacted by the filmmakers to help promote the movie.

The Associated Press reports that the prosecutor issued the arrest warrants after reviewing the movie and finding it to be “offensive to Islam and state institutions.”

The case is largely symbolic since the seven men and one woman are believed to be outside of Egypt and unlikely to travel to the country to face the charges. Instead, the prosecutor’s decision to take legal appears aimed at absorbing at least some of the public anger over the amateur film, which portrays the Prophet Muhammad as a fraud, womanizer and buffoon.

The prosecutor’s office said in a statement that the accused, which includes the film’s alleged producer, face charges of harming national unity, insulting and publicly attacking Islam and spreading false information. The office said they could face the death penalty, if convicted. No date for the trial has been set.

Meanwhile, Egyptian talk show host Khaled Abdallah, who was one of the first TV presenters in Egypt who showed clips from the controversial film, spoke out against the violence that broke out last week partially due to the film. A statement released by al-Qaeda today calls on “all Muslims to continue to demonstrate and escalate their protests… and to kill their (American) ambassadors.”