Elsewhere on the Internet! A (Mostly) Non-Media Round-Up of Things We’ve Been Reading

Elsewhere on the Internet! A (Mostly) Non-Media Round-Up of Things We’ve Been Reading 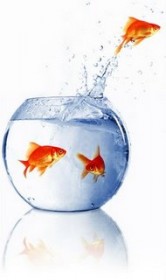 • Palination: Unlike Senator Mark Sanford’s wife Jenny whom he found to be a “bummer” Michael Wolff’s heart has been captured by Sarah Palin. According to him we all are: “We’re no longer looking at Palin as principally a politician. We see her as the main character in a satisfying tale that over and over again confirms whatever it is we want to think about her. We certainly don’t want this story to end.” And by “we,” one assumes he means the media, which is certainly hitting Palin payday. (GM)

• Blowing bubbles: Everyone hates on Matt Taibbi. You can only be the cool kid for so long, apparently. People who understand these things are pulling apart Taibbi’s recent Goldman Sachs conspiracy piece in Rolling Stone. Megan McCardle does an amazingly thorough job here. Clusterstock’s Joe Weisenthal takes aim here. (GM)

• Stop Making Me Cry Like a Bitch: On top of being very positive this Deadspin post may also break the record for the amount of curse words packed into a Pixar movie review. (SK)

• Lassie has nothing on this dog! Also, if this isn’t already a movie or a book deal in the works it’s going to be soon: Tuesday is a so-called psychiatric-service dog, a new generation of animals trained to help people whose suffering is not physical, but emotional. They are, effectively, Seeing Eye dogs for the mind. (RS)

• People who build glass houses do not like stones!: Frank Gehry doesn’t take kindly to people questioning how effective his buildings are as public spaces. (ZT)