Erick Erickson Mocked For Endorsing Trump in 2020: ‘Completes His 180’ on #NeverTrump 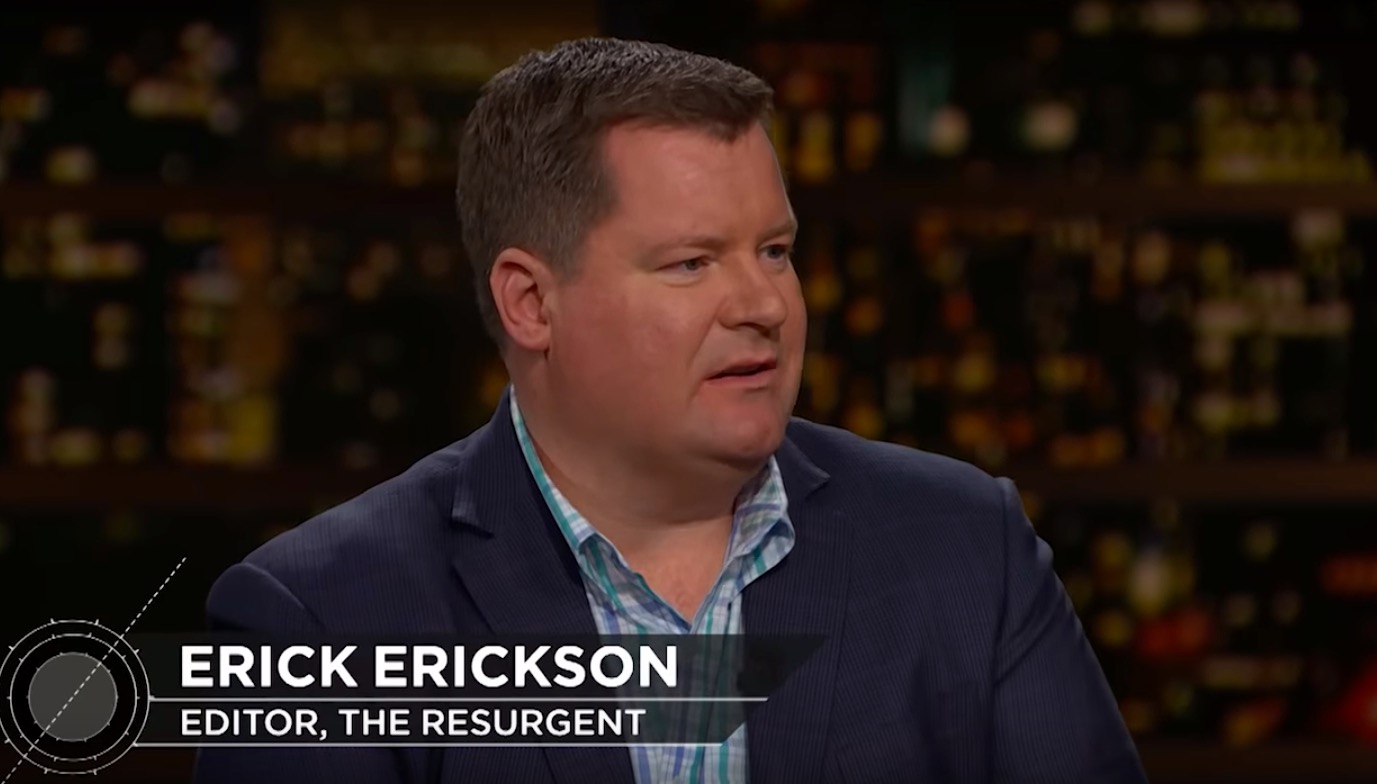 Three years ago this week, I declared myself #NeverTrump in 2016. Today, I’m endorsing President Trump and Vice President Pence for re-election in 2020 and am glad to help them on the trail as needed during Campaign 2020. https://t.co/7Tan0AUqhO

“In 2016, we knew who the Democrats were and were not sure of who Donald Trump was. Now we know both and I prefer this President to the alternative. I will vote for Donald Trump and Mike Pence. And, to be clear, it will not be just because of what the other side offers, but also because of what the Trump-Pence team has done. They’ve earned my vote.”

Roughly two years ago, as Trump’s popularity continued to grow during the GOP primaries, Erickson wrote a searing condemning to anyone who would stoop so low as to support the then top candidate: “As we have seen so far, those who are deluding themselves thinking that if they support Trump, he will support them, will instead find themselves slowly compromised on both their integrity and values.”

what a truly shocking development

there’s no point in being angry at Erickson, who honestly may be so dumb he just didn’t realize he supported Trump this whole time. save your annoyance for for TV types who pretended to take his principles seriously. don’t put this sad asshole on television

Give him a break. The more he has seen of Trump’s autocracy, kleptocracy and kakistocracy, along with collusion and all-round idiocy, the more he sees that Trump is his kind of guy https://t.co/1MkzVl8QiL

So thrilled that Erick Erickson, whose head looks like a block of ham and who famously complained of getting a blister after walking “.75 miles”, has done the full 180 and is now endorsing Trump. What changed his mind? The baby jails? The Khashoggi murder? The unrelenting racism?

In today’s episode of “The Sun Rose In The East” the author Erick Erickson discloses he has a medical condition causing spinelessness, but it is okay because he supports Ivanka Trump for President in 2024, who hails from the D Block State of #ADXFlorence. https://t.co/lXpZPlWbdH