Ex-CIA Chief Brennan to Trump: Your Behavior and ‘Incompetence’ Are ‘Damaging Our Nation’

Ex-CIA Chief Brennan to Trump: Your Behavior and ‘Incompetence’ Are ‘Damaging Our Nation’ 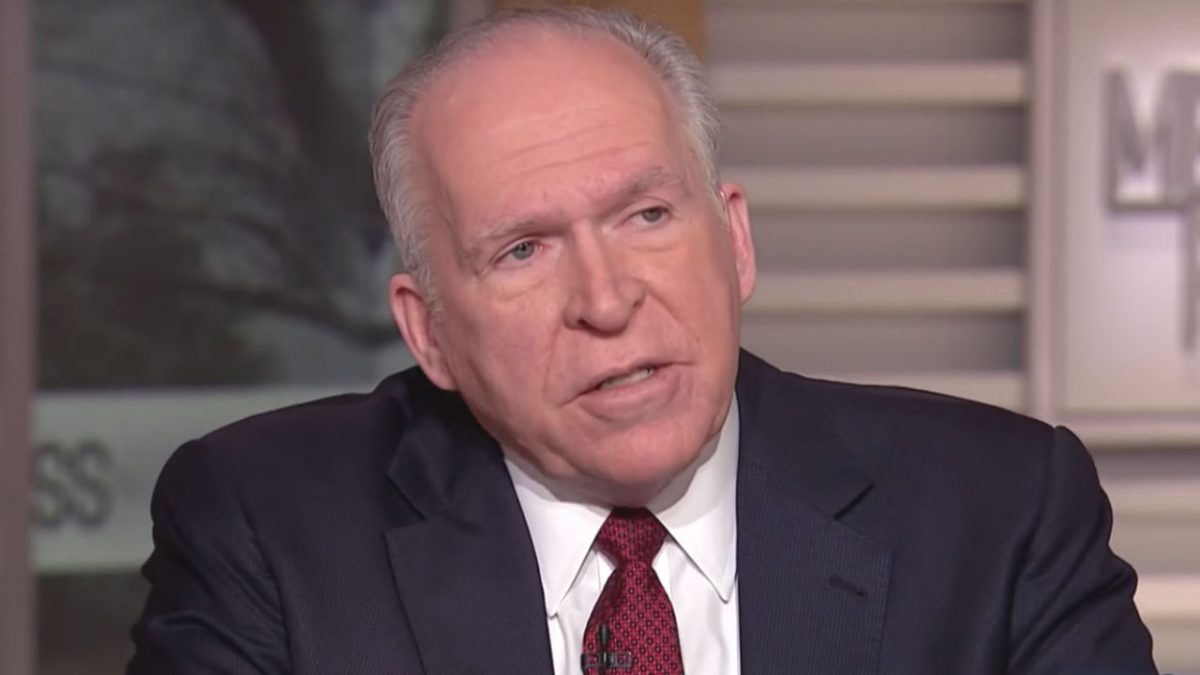 Former CIA Director John Brennan is once again going after President Trump over his attacks on the “witch hunt” Russia investigation.

The President took to Twitter this morning to decry the special counsel probe and invoke Robert Mueller‘s poll numbers.

.@FoxNews Poll numbers plummet on the Democrat inspired and paid for Russian Witch Hunt. With all of the bias, lying and hate by the investigators, people want the investigators investigated. Much more will come out. A total scam and excuse for the Dems losing the Election!

Brennan responded by asking when “those of conscience” around the President––including Republican leaders––will finally wake up:

Your fear of exposure is palpable. Your desperation even more so. When will those of conscience among your Cabinet, inner circle, and Republican leadership realize that your unprincipled and unethical behavior as well as your incompetence are seriously damaging our Nation. https://t.co/n6ivjOYxzo

In a recent op-ed for The Washington Post, Brennan addressed his frequent criticisms of Trump and his administration by declaring, “I have never been and will never be a partisan. I speak out for the simple reason that Mr. Trump is failing to live up to the standards that we should all expect of a president. As someone who had the rare privilege of directly serving four presidents, I will continue to speak out loudly and critically until integrity, decency, wisdom — and maybe even some humility — return to the White House.”