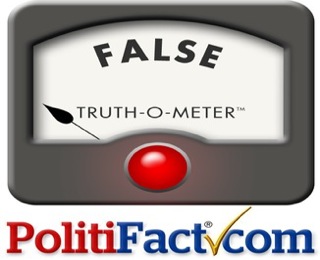 While two years of Republican health care “Lies of the Year” had mostly alienated Politifact from conservative good favor, now those who were happy to cheer on the acknowledgement of “Death Panels” as ridiculous and the “pants on fire” status of people like Glenn Beck and Speaker John Boehner are outraged at what some are calling reputation-ending factual errors in the site’s newly-unveiled award. Yes, Politifact has turned on the Democrats and it has produced a somewhat ugly response. But blasting Politifact for lying about Democratic honesty misses a crucial point: even if the Democrats were lying about Medicare, there were many more interesting and significant lies told in 2010.

The status of Politifact as an organization with weight in the American political sphere is a bit of a mystery, other than that they have, on many occasions, accurately diagnosed dishonesty in political statements. Many people on the left (our own Tommy Christopher among them) care very much about what Politifact has to say, possibly because Politifact has gone after right-wing targets for most of its past (and, frankly, with Sarah Palin on the loose, who could blame them?) and possibly because the idea of a “neutral fact-checking body” (read: Percy Weasley do-gooder types that self-appoint as arbiters of fairness and justice when no one really asked for their help) is much more amendable to the side of the aisle that can count “legends” of “journalism” like Dan Rather on their team. For many on the right– particularly the more authentic classical liberal wing of the American right– dismissing Politifact is a lot like dismissing the United Nations or Media Matters. Conventional anti-authoritarian wisdom dictates that any entity alleging impartiality and wisdom is likely very partisan and very unwise.

With the caveat that Politifact’s opinion on what are or are not the year’s biggest lies should not be particularly weighty compared to any other website, I humbly submit a list of lies that were more shameless, more indelible, or had a bigger impact on this year’s national discourse than the claim that Republicans wanted to end Medicare– whether or not that claim was true, I will leave to others. Whether or not it is true, these five topics are significantly more worthy of year-end conversation, not to mention yet more warnings that keeping one’s eye on the political ball often means taking the focus away from strict policy.

RELATED: Politifact Editor Lies While Unveiling ‘Lie Of The Year’ That Republicans Voted To End Medicare

5. Martin Bashir: Sarah Palin’s Bus Tour’s Use Of The American Flag Is Illegal 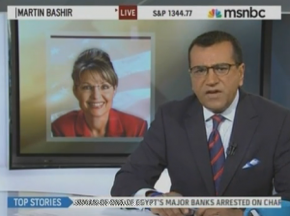 Since his arrival at MSNBC, Martin Bashir began to take on the right with some rather unconventional means– things like having to show his green card on air or taking on hard-hitting rivals one-on-one even if not always coming out on top in said scuffles. This shot he took at Sarah Palin, however, was gratuitous, rather comical, and wrong. Bashir argued that Palin’s liberal use of American flag imagery on her “One Nation” bus– the one carrying her on the One Nation Bus Tour– was illegal. That was, of course, not true, though some did argue that her exploitation of the American flag was distasteful. But even that was a far cry from calling Palin a criminal for wearing her nation’s flag on her bus. 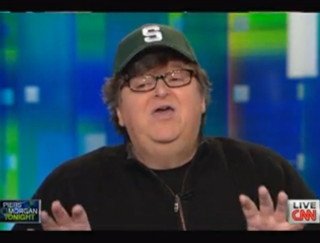 This one is not strictly political, as Michael Moore is not a public official. But given the impact and significance of the Occupy Wall Street movement— they did, after all, make Time “Person of the Year” status— the fact that their most vocal celebrity supporter could not admit that he was working in solidarity with the 99% movement without being a member (at least until Piers Morgan pressed him, and he posted a clarification on his website later on) was a fairly damaging moment for both the Occupiers and Moore’s beloved status among them. It was the sort of moment that proved precisely why Occupy seems to prefer not to have any official spokespeople.

NEXT PAGE: Jon Stewart, Jon Kyl, And The Twitpic That Halted A Nation