Following Harassment, Zelda Williams Wisely Quits Twitter; Here’s Why You Should Too

Following Harassment, Zelda Williams Wisely Quits Twitter; Here’s Why You Should Too 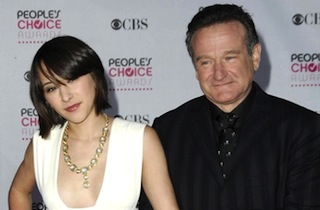 At risk of sounding like Captain Obvious of Motels.com fame, here’s something you may have noticed while on the Internet:

Twitter can be a toxic swamp filled with pompous douchebags oozing in cynicism in a constant battle of one-upmanship in the insult department.

This obvious sentiment is backed up by empirical data amassed by various studies as communication via venues like Twitter explodes. Social media has made us less social. The lack of the kind of non-verbal cues that exist in face-to-face conversation are compensated for by using CAPS LOCK, speaking in absolutes and using cruel language.

According to Sherry Turkle, a psychologist/professor at MIT and author of a must-read titled Alone Together, “We allow ourselves behaviors online we never would in person. We do things online that hurt and damage real relationships: We’re curt with people we work with; we’re aggressive with people in our families; we bully people we go to school with.” Ms. Turkle knows of which she speaks… she only worked on research and compiled interviews for Alone Together for 15 years. She rightly concludes that while online predators think they’re hurting other people, the only damage they’re doing is to their own already-fragile self-esteem.

The aforementioned nastiness is especially directed at celebrities and even their children, as evidenced by Zelda Williams–the daughter of the late Robin Williams—and her decision this week to quit Twitter altogether (and later Instagram as well). The reason? Because even before her father is buried, there were actually human beings vomitus enough to mock her, taunt her, and according to Zelda, some even sent her photoshopped images of her father’s dead body. In light of this sickening situation, Twitter now says it is reviewing its policies.

Of course, these same courageous people who viciously attacked a young woman who just lost a family member to suicide did so anonymously. As the data illustrates in several studies, those who don’t use their name and/or actual headshots are significantly more likely to be harsh/negative than those who use their real names (which explains why Facebook is a relatively happy place… because accountability exists when a real name and photo is applied to the situation).

Multiple studies have also illustrated that when people don’t think they are going to be held immediately accountable for their words they are more likely to fall back on mental shortcuts in their thinking and writing, processing information less thoroughly. They become, as a result, more likely to resort to simplistic evaluations of complicated issues.

Ms. Williams isn’t alone is quitting Twitter. Some of whom considered to be the most famous people on the planet had the wisdom of never joining the 200 million+ community in the first place. George Clooney and Tina Fey state the case best in separate interviews with ABC:

“First of all, the worst thing you can do is make yourself more available, right? Because you’re going to be available to everybody. But also Twitter. So one drunken night, you come home and you’ve had two too many drinks and you’re watching TV and somebody pisses you off, and you go ‘Ehhhhh’ and fight back. You go to sleep, and you wake up in the morning and your career is over. Or you’re an a–hole. Or all the things you might think in the quiet of your drunken evening are suddenly blasted around the entire world before you wake up.”

Back to real life, Robin Williams was a performer who pulled off the “NOBODY else could have played that role” trifecta throughout his movie career. (1) His fictional morning radio show in Good Morning Vietnam was largely ad-libbed. His ability to go from hyperactive and hilarious to sober and poignant given the Vietnam backdrop of the movie remains unmatched in the comedian-turned-actor arena. (2) Pick any classroom speech by English teacher John Keating in Dead Poets Society and insert any other actor into it. Doesn’t comes close, does it? (3) Psychiatrist Sean Maguire in Good Will Hunting. It won him a Best Supporting Actor Oscar. His speech to Matt Damon’s Will Hunting on missing Game 6 of the 1975 World Series (the Fisk walk-off classic) to go “see about a girl” still provokes chills. As for his TV work, do you think Mork & Mindy even gets past the pilot with anyone else on the planet in the male lead?

The actor also was extremely active in supporting U.S. troops abroad via the USO. Afghanistan, Iraq… he didn’t just write a check or create a hashtag or show up once for a photo-op; he went to those war zones at least a dozen times, going all the way back to 2002. And one could never confuse Williams’ worldview with your average war hawk…he just wanted to make people happy, particularly those really in need of a laugh in harm’s way on a daily basis.

Robin Williams was a great actor, a truly unique talent with a kind heart.

At 63, he still had much to give (and will…via four movies set to be released later this year and next).

You would think his only daughter could mourn his passing without being harassed by some truly sick people during this time.

By quitting Twitter, Zelda Williams escapes that swamp and hopefully finds some peace in the process.