How Do You Detect Fake News?
Opinion 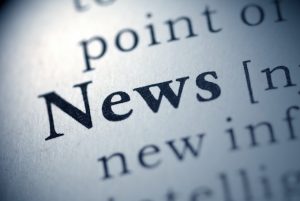 Phil Houston is CEO of QVerity, a training and consulting company specializing in detecting deception by employing a model he developed while at the Central Intelligence Agency. He has conducted thousands of interviews and interrogations for the CIA and other federal agencies. His colleague Don Tennant contributed to this report.

It should surprise no one that the fake news phenomenon has gained so much prominence and notoriety in such a short period of time. If this presidential election proved nothing else, it proved that there’s a lot to be said for the old axiom that truth is stranger than fiction. Our senses have become so dulled by all the seemingly unimaginable real news that breaks on a daily basis that fake news, no matter how preposterous it might initially appear, suddenly becomes plausible. What in the past might have been a giant leap from real news to fake news now is little more than a baby step.

With all of this mind-blowing real news bombarding us every day, a different expectation has been set in terms of what it takes to pique readers’ interest in a story. As readers gradually find themselves dependent on more and more outlandish fare to capture and retain their attention, writers of fake news are able to tap into that dependency to draw in more people to support what has become an enormously lucrative venture. To help readers avoid being roped in, we have identified five key clues—elements that characterize almost every fake news story—that make spotting fictitious content relatively simple:

What makes the immediate spotting of fake news so critical is that its lucrative nature encourages viral reporting on it. Other media outlets, driven by the profits generated by thousands or millions of page views, start to pick up on it. Since there is no substance to the story, there’s no value to add, so it’s a simple matter of reporting what has been reported. The exponential repetition makes the story exponentially more believable, and before you know it, people are sending get well cards to Santa.

We can assure you that there’s no need. Sources close to the situation have confirmed that Santa is on the mend, and will be in fine shape by Dec. 24.