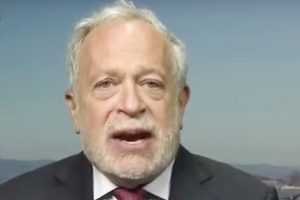 Robert Reich is a beloved author, blogger, and professor who was once the Secretary of Labor. He has over 1 million fans on Facebook and regularly has posts gain quick and sizable amounts of interaction, including shares. Here’s a recent example of a post that really took off:

After noting that no contemporary musicians or big celebrities want to perform at President-elect Donald Trump‘s inauguration in January, he suggested that “huge celebrities like Beyoncé and Jay Z, Madonna, Katy Perry, Justin Timberlake, [Lady] Gaga, Bruce Springsteen, and so on” should have a “freedom concert” at the same time. The goal would be to divert viewers from the inauguration and raise money for worthy causes like “the ACLU, Planned Parenthood, Lambda Legal, NAACP, Common Cause, CAIR, IRAP, SPLC, Environmental Defense Fund, Human Rights Campaign Fund, MoveOn, Economic Policy Institute, Inequality Media, and GLAD.”

The organizations listed above aid women, members of the LGBT community, women, and marginalized groups.

The effort earned him nearly half a million shares on Facebook and inspired a Change.org petition. Started by someone named Trish Gilbert, the petition features many of Reich’s ideas alongside a few new suggestions. Gilbert mentions the cast of Hamilton, the San Francisco Gay Men’s Chorus, and the Harlem Gospel Choir as possible performers for the concert and telethon, for instance.

Gilbert and Reich both agree that the best host for the event would be Alec Baldwin doing the impersonation of Trump that he regularly performs on Saturday Night Live. That particular imitation makes Trump especially angry, so if upsetting the President-elect is the third goal of the concert, that would likely do it.

During the writing of this post alone, 2,000 signatures were added to the petition. It now has almost 19,000.