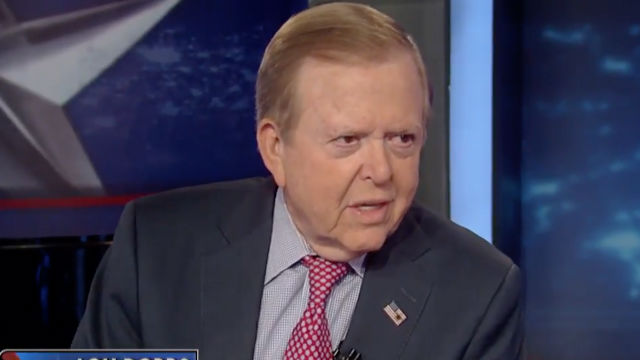 So this happened today.

Taking to Twitter this morning, Fox Business host Lou Dobbs called on Attorney General Jeff Sessions to resign, claiming that the AG is “ill” and “incapacitated” while stating that his resignation is necessary for the “good of the country.”

Sessions has fallen ill, he's incapacitated in some fashion, or he's been coopted or captured: to preserve any dignity, for the good of the country he needs to resign. #MAGA @realDonaldTrump #TrumpTrain #AmericaFirst https://t.co/D0q4ff2JVI

As you can see in the tweet above, Dobbs was quote tweeting Rep. Matt Gaetz (R-FL), one of Capitol Hill’s loudest critics when it comes to the Russia probe. Meanwhile, Gaetz used his tweet to link to an article from far-right conspiracy site The Gateway Pundit.

Dobbs has assailed Sessions in recent months over the Russia investigation, calling for the AG to retire while criticizing his leadership of the Justice Department. Needless to say, Dobbs has been one of conservative media’s leading voices when it comes to claiming there is an FBI/DOJ conspiracy against President Trump, claiming earlier this year that it may be time to “declare war” on the “Deep State.”

Lou Dobbs has fallen ill, he’s incapacitated that’s why Rupert is keeping him in the network equivalent of the willowbrook mental hospital, Fox Business for the hopelessly racist. https://t.co/TqAqVTCZBS

At what point does it become immoral to work at a network that gives Lou Dobbs a platform? pic.twitter.com/7o7nvy97N4

Speaking of dignity, remember when Lou Dobbs still had some? https://t.co/aHNYdVyqAY

lou dobbs quote tweets matt gaetz sharing a jim hoft article based on an interview that gaetz did with jeanine pirro who was in for sean hannity. pic.twitter.com/fBS7rNUumq

This is a real tweet from a Fox host: https://t.co/MuowbXqQme