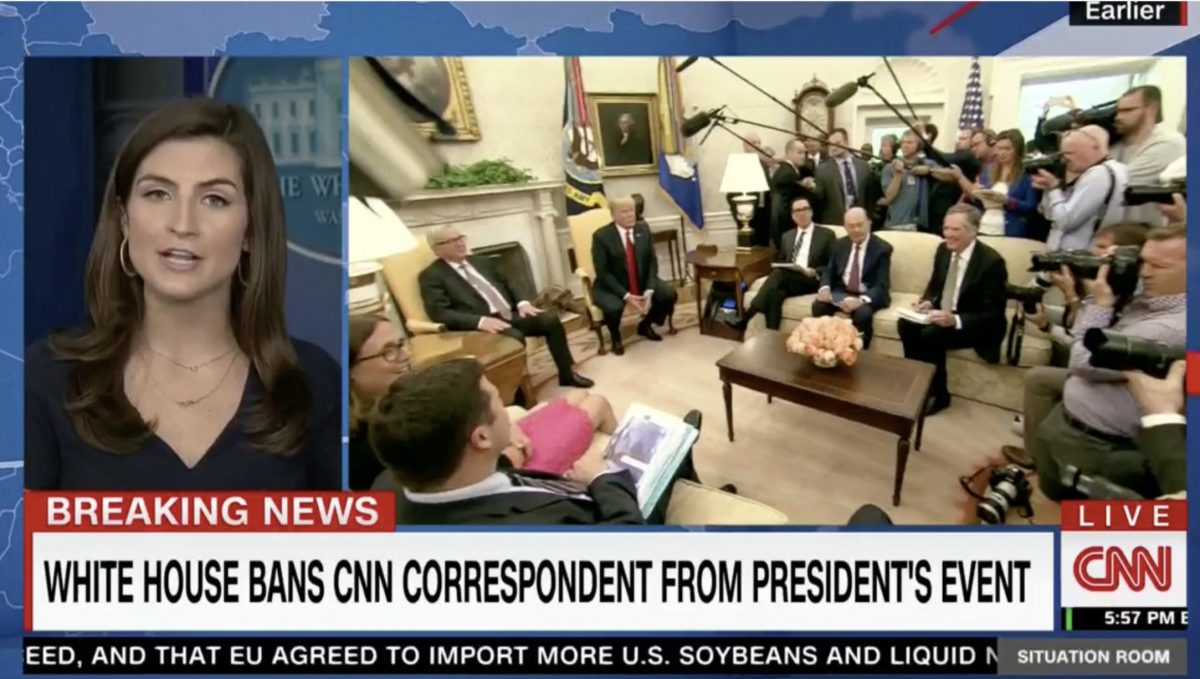 Fox News President Jay Wallace has put out a statement expressing support for CNN after the White House barred reporter Kaitlan Collins from the Trump Rose Garden event this afternoon.

Collins was informed by the White House she was being blocked because they didn’t like her shouted questions to President Donald Trump at the pool spray earlier.

The rest of the media came to Collins’ defense, notably including Fox News. After Bret Baier said Fox stands with CNN, Wallace issued this statement:

We stand in strong solidarity with CNN for the right to full access for our journalists as part of a free and unfettered press.