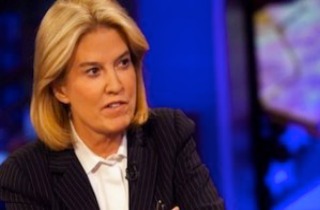 Fox New’s Greta Van Susteren has taken issue with a Friday article from the New York Times, describing the piece as “snarky” and a bit of “bad journalism.”

The Times piece, titled “Marco Rubio and his Wife Cited 17 times for Traffic Infractions,” describes Rubio’s history of citations for “speeding, driving through red lights and careless driving.” The article also describes multiple instances where the Rubios sought a lawyer’s help in order to challenge citations and avoid having their licenses suspended.

Van Susteren conceded that it was fair to examine a presidential candidate’s driving record, but took issue with the article’s presentation. She noted that the article, written by three people, was covered in a way that “jacked [its] number up” order to increase it’s own newsworthiness. She pointed to the headline, saying that it pinned all 17 citations on Mr. Rubio, when he only had 4 to his wife’s 13.

“Why are Mrs. Rubio’s driving infractions pinned on him? He wasn’t driving those 13 times, she was! The headline is written to pin her driving record on him. Headlines matter — that is what most people read and then stop. Collapsing the two driving records in that one headline smears the candidate. She is the one with the driving problem”

In one paragraph, the article described a 1997 citation Rubio received for careless driving, which was followed 12 years later by a ticket for speeding. Van Susteren questioned the use of Times resources here, saying that there was a difference between 12 years and 12 weeks, as well as how these infractions were far less serious than charges like drunk driving.

Van Susteren concluded her piece by saying that it was written neither for nor against the senator’s campaign. She also admitted to regrets in her own career in reporting, but urged the media to take use good judgment. “The media has limited resources (every news organization has cut back) and we should attempt to use them wisely – and fairly.