Geraldo: ‘I Apologize for My Skepticism’ of Ailes Harassment Allegations

Geraldo: ‘I Apologize for My Skepticism’ of Ailes Harassment Allegations 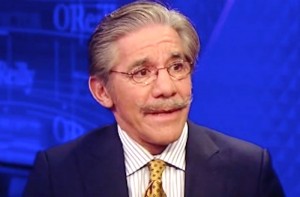 Fox News’ Geraldo Rivera has posted a lengthy message on Facebook tonight apologizing for his recent remarks defending Roger Ailes and lashing out at reporters for covering the sexual harassment allegations against him.

Rivera said, “The man we knew as the blustering genius who invented our mighty Fox News Channel is a deceitful, selfish misogynist, if the charges against him are true. And if they are true, then his shame and banishment are well earned.”

He said he was so skeptical because he never thought the man he knew would be capable of such things. And after reflecting on all his years of work with Ailes, Rivera apologizes:

I am filled with regret for stubbornly discounting their various allegations. The Murdoch’s would not have turned the world upside down but for good cause. Moreover, I apologize for my skepticism. Like victims of sexual assault, those alleging harassment deserve the presumption of credibility.

Even Ailes’ personal Inspector Javert, Gabriel Sherman, the New York Magazine writer I have called a “nerd with a grudge” deserves my apology. He is on the right side of history. Might does not mean right. I was wrong, and am paying the price.

But perhaps the most interesting revelation here is Rivera’s claim that his Trump advocacy led to HarperCollins––a Murdoch-owned publisher––deciding not to publish his upcoming book:

I learned Tuesday September 6th that after being enthusiastically received, because of my uninformed support of Mr. Ailes, and the relatively flattering portrayal of him in an early manuscript of my war memoir, “Geraldo of Arabia, From Tora Bora to Trump, ” as a direct result, HarperCollins has chosen not to publish.

He concludes, “To all the victims of sexual harassment, direct and indirect, I am sorry for what happened to you. As the father of three daughters, including one in the news business, I urge all who have been offended to reach out. Similarly, if you see harassment, say harassment, even if the alleged offender is an old friend.” 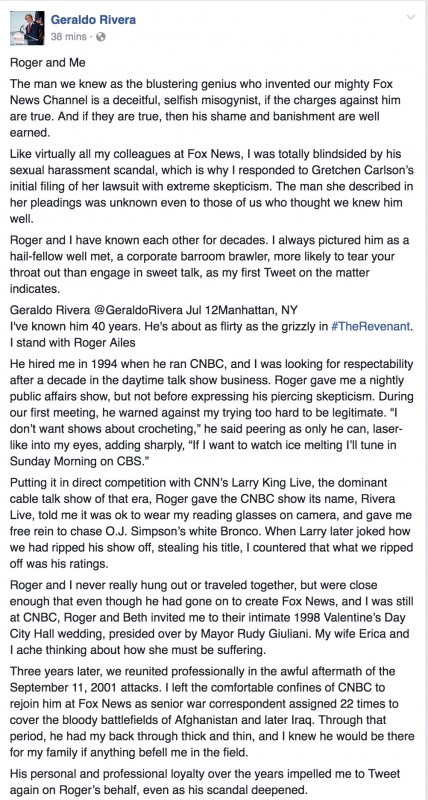 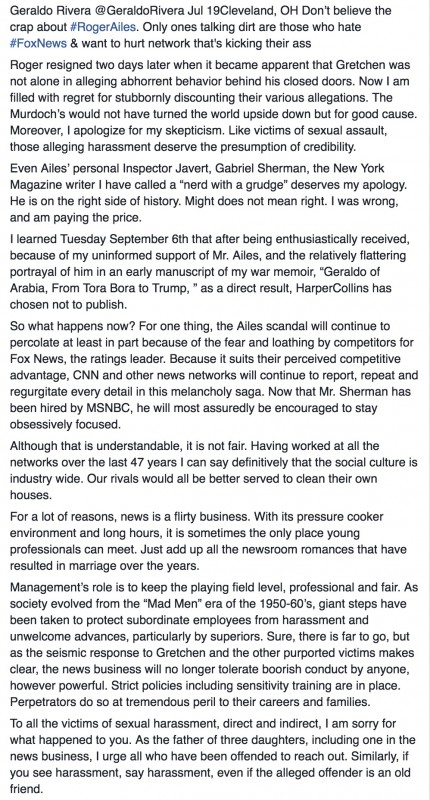