Glenn Beck: Electing A Mormon President Would Be ‘Just As Historic’ As Electing First Black President 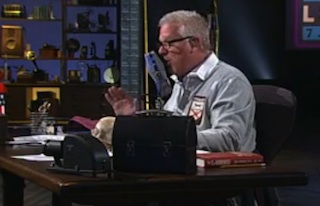 Today on his radio show, Glenn Beck and crew read through Spike Lee’s recent interview in Vulture and was inspired by the part where Lee compared people not liking a black president to those not wanting to vote for a Mormon. Beck made a comparison of his own, arguing that electing America’s first Mormon president would be “just as historic” as when we elected our first black president in 2008.

Here’s the interesting thing; he doesn’t think either is particularly historic.

RELATED: Mitt Romney Is A Mormon, Get Over It

Don’t get me wrong, Beck (a Mormon himself) argued that they both are historic, but only in “an academic sort of way.” Neither particularly matter, he seemed to be saying. Electing the first black president was “cool” but it wasn’t really a big deal. The media just “made it into a bigger deal” because they “had an agenda.” It wasn’t actually a big deal because America, by 2008, had gotten past the point where people “put up signs” against minorities.

Weirdly enough, it’s almost quaint and charming to see a conservative voice claiming that bigotry is over instead of the tired “whites are the new victims” talk we’ve gotten so much of this summer.