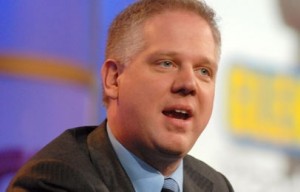 Glenn Beck, echoing recent talking points brought up by potential Republican candidate Donald Trump during his two-part interview with Fox New’s Bill O’Reilly, is asking why the U.S. failed to get our hands on enough Iraqi oil to repay us for our military efforts in that country, and whether we’re repeating ourselves now where Libya is concerned.

Trump, you might remember, argued that “if Iran is going to take over the oil, we stay and we keep the oil,” with the objective of paying “ourselves back a trillion and a half dollars more… and don’t be so stupid.”

Beck started off by saying that, while we don’t receive oil from Libya, one could argue that we have an impetus to protect that region from extremists who would want to keep up from receiving oil from other, nearby countries.

Beck then opined that perhaps what we should have done in Iraq, instead of killing Saddam Hussein after his capture so that people would have the chance to “forget” how bad conditions were under his rule, is tell Iraqis that we would return him and, then, not give Iraqi oil to “somebody else.” Later, he asked how we managed not to at least get enough “oil to repay us for what we did,” and suggested George W. Bush was, in effect, a “bad leader” for not going through with original plans to keep Iraqi oil.

Beck took this one step further, applying it to our current situation in Libya. Why, he wondered, haven’t we asked countries in that region to foot the bill for our military efforts and equipment there?

I’ll tell you what: We’ll help you, you write us a big fat check right now. Why are we sending an aircraft carrier there? What are we doing? You pay for it.

Have a listen to the segment, via The Glenn Beck Program: