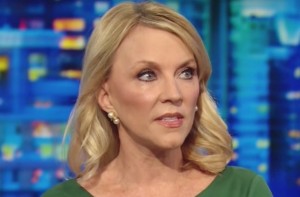 Jacobus is not a fan of Trump, and as she spoke out against him, Lewandowski claimed that she came to them “on multiple occasions” attempting to get a job on the campaign. Jacobus vehemently insisted that was false, but Trump himself subsequently tweeted out attacks on her:

Great job on @donlemon tonight @kayleighmcenany @cherijacobus begged us for a job. We said no and she went hostile. A real dummy! @CNN

Really dumb @CheriJacobus. Begged my people for a job. Turned her down twice and she went hostile. Major loser, zero credibility!

Jacobus has made it clear they approached her, not the other way around. She also said this at the time:

Lewandowski told me that if I worked for Trump campaign "Mr. Trump" could then get me a FOX contract. I almost laughed out loud. Bribe much?

when FOX went full on pro Trump, my bookings on FOX and FBN ceased abruptly. So yes, FOX does cave to Trump's demands

According to The New York Times, Jacobus filed the lawsuit, seeking $4 million in damages, asserting that the false claims from Trump and Lewandowski caused “enormous damage to her career and reputation, significant emotional distress.”

Jacobus’ lawsuit also claims that Lewandowski had actually touted how he shouted at Megyn Kelly:

“Lewandowski,” the lawsuit says, “then took from his desk drawer a printed copy of an email from Ailes to Trump in which Ailes communicated to Trump that Trump should let him know what FOX could do to help.”

Trump and Lewandowski may also face a defamation suit from Michelle Fields, something she expressed the possibility of last week.