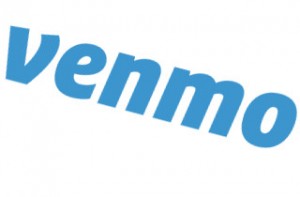 When Ben Guarino used the memo “ISIS Beer Funds!!!” to describe a late-night Venmo transaction, paying for a couple of pitchers of beer, he knew it was a bad joke. He did not know that the federal government would seize the $42 and never give it back.

Venmo, which became a subsidiary of PayPal in 2013, is an app that allows users to essentially text money to each other. Each transaction requires a memo (which can be written in text or emojis), and is either made public, viewable only to the users’ friends, or private (i.e. viewable only to those giving or receiving the funds).

Describing his experience in Inverse two weeks ago, Guarino wrote that he subsequently received an email from a Venmo representative, telling him that “due to OFAC regulations, we are not allowed to give the funds back to you or issue a refund.” He continued:

Because I don’t regularly bump into terrorists or sicarios at Whole Foods, I had no clue what an OFAC was. As it goes, the Treasury Department’s Office of Foreign Assets Control is a decades-old institution, quietly working to keep money out of the hands of America’s enemies. In 1962, the Division of Foreign Assets Control — which President Harry Truman had used to block transfers destined for North Korea and China — metamorphosed into OFAC, an association that now has to deal with tipsy hipsters grasping at wit.

“ISIS,” as it happens, is on a very long list of appellations of terror groups, which are sanctioned by OFAC. (The fact that the Islamic State would be unlikely to receive “beer funds” is not addressed.)

This is hardly the first time Venmo users have gotten in trouble for using ill-advised memos. Last year, a sophomore at Columbia University was arrested for drug dealing after allowing his customers to pay him via the service, each time putting cutesy euphemisms for the transaction, like “Kale salad” and “Snoop Dogg’s shizzle.”

“The description has to be funny,” he reportedly told customers.