GOP Governors Have a Problem: The Way They Govern

GOP Governors Have a Problem: The Way They Govern 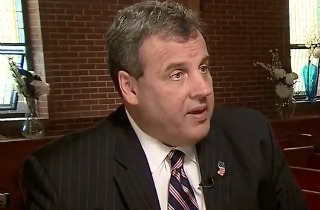 Even as Republicans boast of their chances to take over the United States Senate come November, their party’s governors across the country are facing dimmer prospects. From Georgia to Alaska, right-wing ideological rule imposed by GOP chief executives have left voters disappointed, disillusioned, and angry.

The problem isn’t that these governors failed to implement their promised panaceas of tax-cutting, union-busting, and budget-slashing, all in the name of economic recovery; some did all three. The problem is that those policies have failed to deliver the improving jobs and incomes that were supposed to flow from “conservative” governance. In fact, too often the result wasn’t at all truly conservative, at least in the traditional sense — as excessive and imbalanced tax cuts, skewed to benefit the wealthy, led to ruined budgets and damaged credit ratings.

Consider Gov. Scott Walker, famous for surviving the recall effort that Wisconsin’s outraged citizens mounted in response to his attacks on labor. While seeking to end collective bargaining in 2010, Walker also passed a series of regressive tax cuts that he vowed would bring at least 250,000 jobs. By sharply reducing state aid to schools and local governments, he temporarily closed a structural deficit – but this year, with state tax revenues declining precipitously in the wake of his tax cuts, Walker is facing a $1.8 billion budget deficit. And as for the jobs, most of them never materialized. Wisconsin is near the bottom of Midwestern states in creating new jobs.

In Kansas, Gov. Sam Brownback was equally faithful to right-wing orthodoxy. With the advice of Arthur Laffer, the genius responsible for Ronald Reagan’s exploding deficits in the 1980s, Brownback imposed an historically huge tax cut on the state. Declining revenues meant huge reductions in state services, especially education. And, as furious Kansans have discovered, the Brownback experiment has achieved poor employment growth combined with…yes, a massive budget deficit of nearly $350 million this year.

In Pennsylvania, Gov. Tom Corbett’s first budget in 2011 included major tax cuts for corporations that cost about $600 million annually. By this point, it should be obvious who was required to pay for those favors: the children served by the state’s education system, who saw a billion dollars in cuts to their schools and programs, from kindergarten through college.

This year, the state is facing a budget shortfall of over $1 billion, but Corbett doesn’t seem to have learned much. He has demanded further income tax cuts that will benefit the wealthy – and will cost Pennsylvania another $770 million in annual revenue. And what about his promise that the state would become number one nationally in job creation? As of last summer, it ranked either 47th or 49th, depending on the data measured.

So far, so feeble –- and it is scarcely more impressive in the other red states whose governors face reelection this year.

The politician tasked with rescuing his party’s beleaguered governors is none other than their colleague from New Jersey, Chris Christie, who serves as chair of the Republican Governors Association. From that perch, of course, the blustering Christie hopes to run for president – an aspiration that may recede still further from his grasp with each lost governor’s mansion this fall. Emotional as he tends to be, Christie surely empathizes with his fellow governors – because his very similar policies have landed New Jersey in equally precarious condition.

So it is puzzling to hear voters in places far from the Garden State – such as Iowa and New Hampshire – tell reporters that they admire Christie because he “saved New Jersey.” Evidently they don’t know that the state’s finances have been sufficiently terrible to provoke not one but two downgrades in its credit rating this year alone.

But bad bond ratings aren’t the only woe confronting the Big Boy, as President Bush called him. Christie is perfectly suited to his leadership role among the GOP governors – if only because his economic record may well be the very worst of any American governor in either party. The question that voters must answer, this November and two years from now, is when these failed fiscal and economic “experiments” – and the suffering they have caused – will at last end.

How I Learned To Love The Chamber Of Commerce

Is Iowa Slipping Away From Democrats?