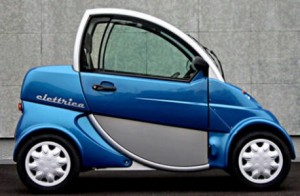 I was struck by the top article on the NYT Business Most-Emailed List (MEL) earlier today: In Denmark, Ambitious Plan for Electric Cars, by Nelson Schwartz, published on Dec. 1st. Even while GM was shoving out Fritz Henderson for moving too slowly (and even while his daughter showed that she, at least, knew how to take quick decisive action), elsewhere in the auto industry, change was being definitively embraced. The NYT reported on a push in Denmark to wire the country up for electric cars made by Israeli-based Silicon Valley startup, Better Place — and while Fritz was packing up his office, that article became the most popular NYT business article.

It’s an interesting lesson, and helps explain the popularity of this post just over a month ago: Israel 2.0: Land of Milk, Honey and VC-Backed Start-Ups. That post introduced the book Start-Up Nation, about Israel’s burgeoning start-up scene, and excerpted part of its first chapter, which told the story of…Better Place. Turns out Shai Agassi, its Israeli founder, teamed up with Renault Nissan CEO Carlos Ghosn thanks to a meeting set up by former Israel Prime Minister Shimon Peres. Said Ghosn at that meeting: “We think the future is electric.” Looks like more people are coming around to that idea. After all, if he’s right, there’s money there — ergo, popularity on the business page. 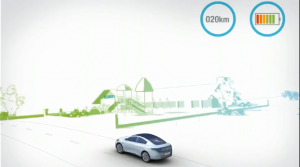 Agassi raised $200 million in funding, which made Better Place the fifth-largest start-up, ever. So this isn’t just an auto story or a business story, but also a tech story (even more so in Agassi’s quote to the NYT: “In every industry, the incumbent always said it’ll never change,” he said. “The mainframe guys said people will never need PCs”). All those aspects are there in the excerpt we ran earlier this fall, and it’s definitely worth a read for those piqued by the topic.

I should note that right now, the Electric Car story is sitting at #2 on the Business MEL — and #3 is this: Elusive Goal of Greening U.S. Energy. Business is paying real attention to green options, not just because it’s good for the world, but because there is real money to be made there.