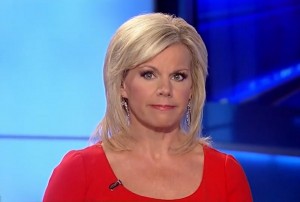 Fox News host Gretchen Carlson stunned pretty much everyone Tuesday when she told viewers that she supports reinstating the assault weapons ban. On Wednesday, Carlson revealed that Fox viewers viciously attacked her with “tons of f-bombs” for the heresy, reading some of the tamer responses on the air. Despite the fallout, Carlson stuck to her guns, as it were, telling viewers that it’s time to “get real” and address the gun side of the mass shooting equation, and calling out the “intolerance” of her critics:

Maybe it’s time for more of us to start getting real and try to come together to actually get things done.

Whatever you think of Gretchen Carlson’s previous work, she showed true courage in bucking the conservative orthodoxy of her audience in the first place, but standing by that position in the face of blistering, perhaps career-damaging fallout from her viewers shows either a willingness to put principle above personal gain, or an underestimation of the potential of that fallout.

There’s some good news for Carlson, though. After dipping to a historic low in December, support for an assault weapons ban has now returned to its previous consistent majority:

The survey, conducted in the days following the massacre at a popular Orlando gay night club, shows 57 percent of Americans now favor such a ban. That’s up from 44 percent in December, when the question was last asked in CBS News polling. Now, 38 percent of respondents oppose the legislation, compared to the 50 percent who opposed it in December.

Most Democrats — 78 percent — support an assault weapons ban, while only 18 percent oppose it. Half of Republican respondents oppose a ban, but about 45 percent are in favor of it. Independents remain split: About 47 percent back the ban, while 45 percent do not.

That 45% of Republicans are a reason to hope. That’s not quite a silent majority, but it’s close.