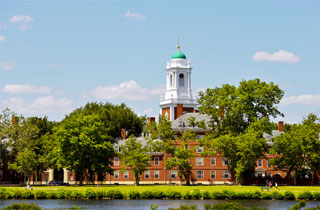 For a good two years, it was uncommon to read an article on Obamacare without seeing the words “Harvard professor” describing someone advocating for it, which makes this new development rather ironic: the Harvard faculty is in an uproar after learning that they would have to bear additional health insurance costs created due to Obamacare.

The university, which boasts an endowment worth $36.4 billion, unveiled its new policies for 2015 in their recent faculty handbook. According to the New York Times, this change outraged numerous faculty members. “I don’t understand why a university with Harvard’s incredible resources would do this,” sociology professor Mary C. Waters told the Times. “What is the crisis?”

Unsurprisingly, their new plan is similarly structured to the plans most employees receive today, though its multibillion-dollar endowment certainly makes it more generous As the Times describes their new plan:

The university is adopting standard features of most employer-sponsored health plans: Employees will now pay deductibles and a share of the costs, known as coinsurance, for hospitalization, surgery and certain advanced diagnostic tests. The plan has an annual deductible of $250 per individual and $750 for a family. For a doctor’s office visit, the charge is $20. For most other services, patients will pay 10 percent of the cost until they reach the out-of-pocket limit of $1,500 for an individual and $4,500 for a family.

Previously, Harvard employees paid a portion of insurance premiums and had low out-of-pocket costs when they received care.

Michael E. Chernew, a health economist and the chairman of the university benefits committee, which recommended the new approach, acknowledged that “with these changes, employees will often pay more for care at the point of service.” In part, he said, “that is intended because patient cost-sharing is proven to reduce overall spending.”

Other Harvard economists, especially ones who publicly advocated on behalf of Obamacare, defended the increases, calling them a high upfront cost that would have long-term benefits. “Cost-sharing, if done appropriately, can slow the growth of health spending,” Dr. Alan Garber, Harvard’s provost and a physician/health economist, told the Times. “We need to be prepared for the very real possibility that health expenditure growth will take off again.”