“The trip was intended to highlight the important issue of climate change,” he writes at the White House’s Medium page, but notes that “it was a chance to photograph the President in some amazing scenic settings in four different cities and towns.”

Sure enough, of the dozens of photos selected and posted by Souza and fellow photojournalist Chuck Kennedy, many feature the unique settings presented by Alaska’s environment. However, politics and rabble rousing aside, the gallery includes some of the funniest, goofiest, and downright frightening photos of Obama that I’ve ever seen.

Like the true American patriot who greeted Obama on the tarmac in Anchorage. I want that suit. I need that suit: 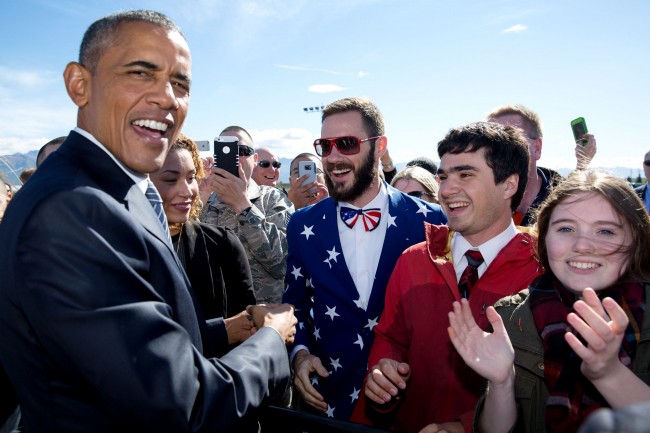 Or the moment Obama realized that, even in this far removed from the contiguous United States, he’d still have to deal with an endless array of smartphones and selfies: 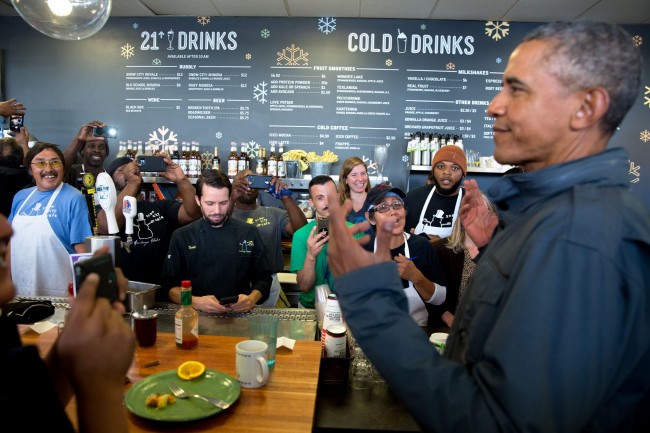 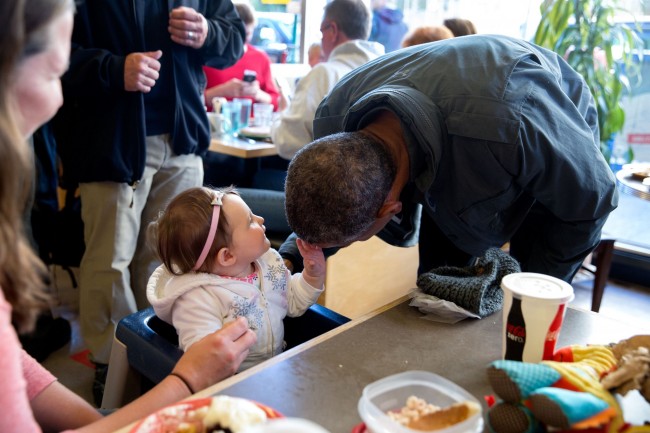 Kids danced with him: 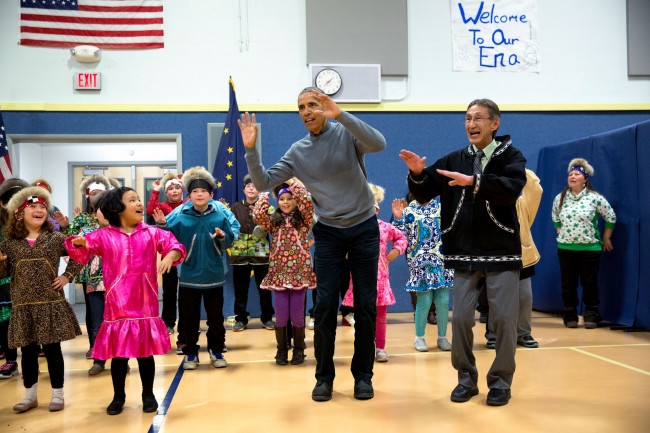 Adults wanted to give the president some heavily-stereotyped-yet-traditional Alaskan sugar: 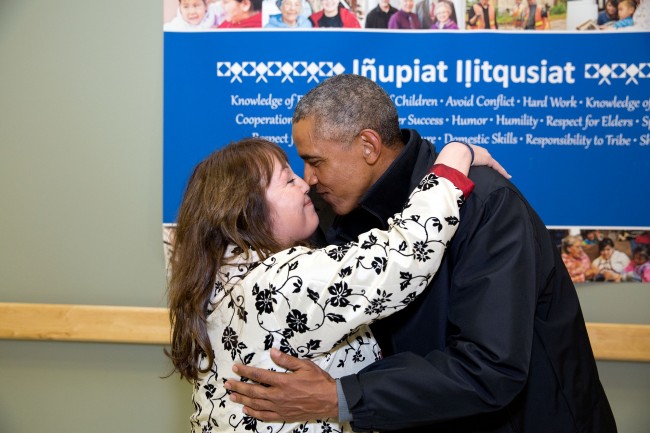 Hell, even salmon wanted to spawn all over him: 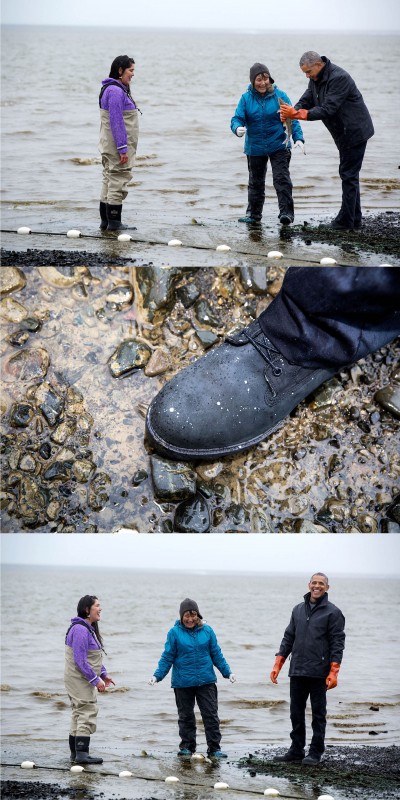 But let’s make one thing clear —  the four best photos of the lot are the best because they’re either (a) creepy, or (b) cute.

Let’s begin with option (a), whose runner-up is a shot of Obama realizing that his being on a small, amphibious, single-engine plane means it is now Air Force One. That’s too much power for one man, especially since his gleeful look betrays his evil intent: 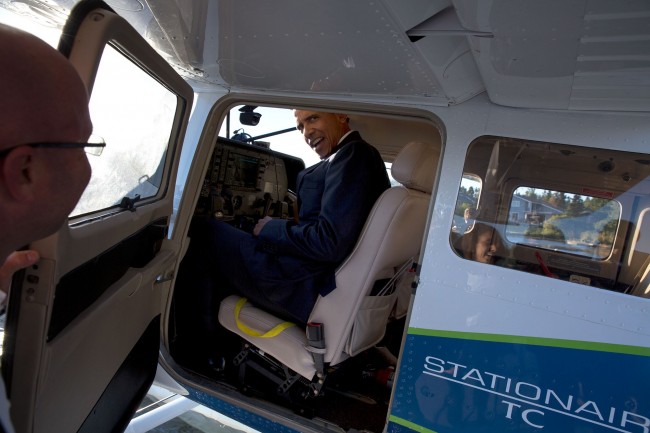 The winner of the creepy contest, however, is the president’s own entry into the “SOON” meme category. It. Is. HORRIFYING: 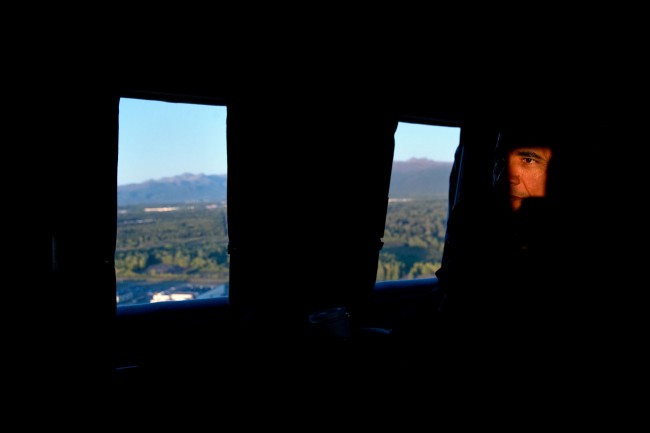 Never fear, for the tied champions of option (b) are here to save us all from the creepiness with their fantastically cute appeal. The first is a small sea otter that surfaced near Obama’s boat: 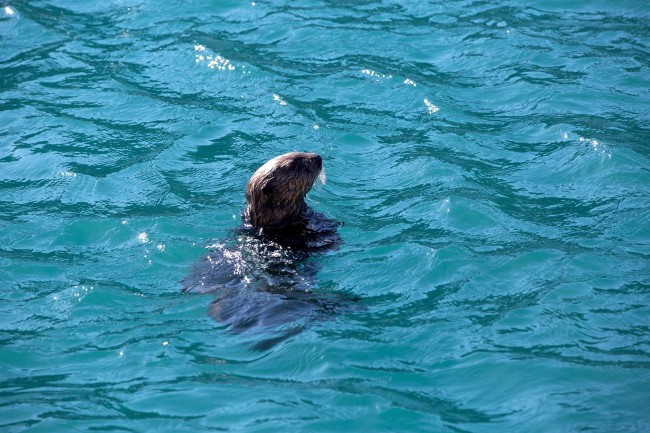 He’s definitely a keeper, and would have one the cuteness contest since sea otters, sea lions and similar furry aquatic creatures are my absolute favorite.

THEN I SAW THE PUPPIES: 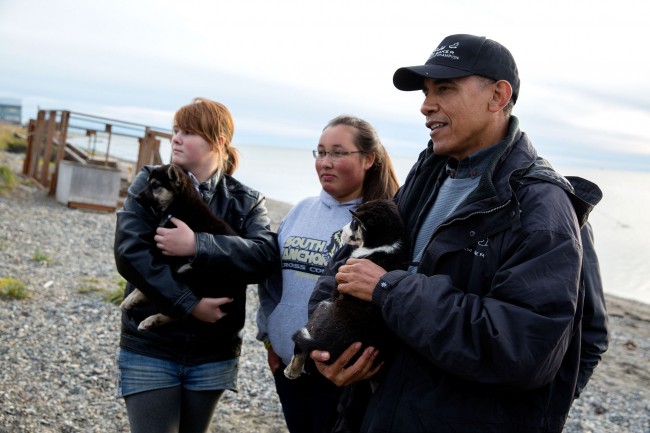 Head over to the White House’s Medium page for more photos, but let’s be honest — PUPPIES.

UPDATE–4:31 p.m. EST: I incorrectly noted above that the sea otter was a “sea lion.” I know the difference, but I ignored said knowledge and brainlessly used the same term that Souza incorrectly did in his photo essay. My bad, but this cannot stand. #OtterGate

@mirkel You're right as it's an otter.

@mirkel This hashtag absolutely needs to be a thing. #OtterGate