Here’s How the First Installment of ‘Trump TV’ Went
Opinion

Here’s How the First Installment of ‘Trump TV’ Went 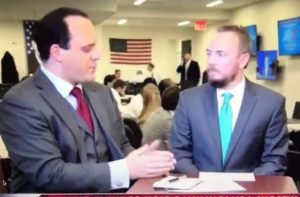 The first installment of Trump TV aired tonight! So how’d it go?

Trump today announced the first installment of a nightly Facebook live newscast, hosted by two of his own campaign advisors and one of his biggest fans.

The show hosted by Cliff Sims and Boris Epstein, the latter saying they’re “excited to be bypassing the left-wing media.”

And then Tomi Lahren, herself a big Facebook presence and a massive Trump fan, delivered one of her trademark political rants for Trump and against Clinton.

The main thrust of Trump TV, it seems, is answering the question “What would happen if a team of people who like Donald Trump got to say whatever they wanted for 45 minutes without anyone challenging them on anything?”

One big thing they played up a lot on the livecast was another video from Project Veritas about Clinton wanting “ducks on the ground” and activists making it happen.

Observers reacted about how you’d expect:

I honestly do not have it in me to start accepting that Trump TV is going to be a thing.

I cannot give it space in my brain. https://t.co/1uSqzZdUib

I can say definitely that Roger Ailes is not yet involved in Trump TV because what we are watching right now is terrible.