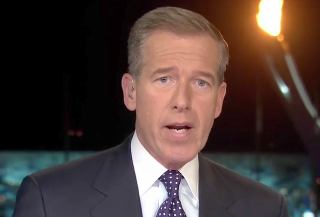 The newspaper Stars and Stripes scored quite the get last week with an exclusive apology from Brian Williams over now-infamous repeated false stories of how his helicopter was shot at by an RPG over Iraq in 2003. That was not true, Williams apologized, and he’s now taking a brief break from NBC Nightly News.

Well, Stars and Stripes today posted the full audio and transcript of its interview with Williams, to provide more insight into what the anchorman had to say about his changing stories.

RELATED: ‘Off with His Head’: The Obsession to Bring Down Brian Williams

Williams again blames the fog of war for his misremembering of how it went down. Here’s some more detail he provides about that fateful day:

I knew we had all come under fire, I guess I had assumed that all of the airframes took some damage because we all went down. Also, remember, adding to the fear of the moment was the fact that we unhooked, our load master let loose a huge, our cargo, so you go through this over-torque where you rise in the air before you settle, despite what was some dandy piloting by the crews of all three aircraft. It was like landing on the surface of the moon. And I’m going to have a far different recollection than the professionals.

Williams also said he had “expressed my frustration” with how his statements have taken away from the heroism of the soldiers he was with.

You can listen to all four parts of the interview here, via Stars and Stripes: