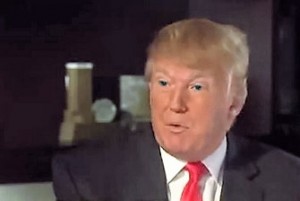 Republican presidential nominee Donald Trump made news Thursday when he declined to tell Robert Costa that President Obama was born in the United States, then released a statement in which a spokesman asserted that Trump generously does now believe that the President was born in Hawaii (a statement that also includes the lie that Hillary Clinton‘s 2008 campaign originated the Birther movement). By the time you read this, Trump will have probably made the declaration himself.

Forget all the ways in which you wish the media would cover this, because it’s not going to happen. They will credulously posit this as an effort to reach out to black voters, to move past the issue, they’ll screw up the facts, some will take a half-hearted stab at reminding voters of all the times Trump has asserted or suggested that the birth certificate Obama produced in 2011 was fake, and the matter of Trump’s sincerity and redemption on this issue will become just another matter of opinion.

What is not a matter of opinion, and what the news media must not allow Donald Trump to “move past,” is that he swore over and over that he was in contact with a team of investigators he dispatched to Hawaii:

Whatever absurd thing the media wants to say about Donald Trump’s current or past motivations, or what miraculous political pivot they want to aid, Donald Trump’s next interviewer and/or debate moderator must not let him pass until he names the investigators he hired, produces their findings, and shares all correspondence he’s had with those investigators. Or until Trump admits what we all know to be true, that he repeatedly lied about them, and their findings.

There is no end to the way the media and Trump can muddy the waters around his birther crusade, enough to accomplish the real mission of persuading independent white voters that Trump is really really sorry he was being so racist before, but it’s all better now. There’s no way, though, that Trump can get around his elaborate and malicious lying, unless the media actively helps him out with it.

There is reason to hope, because the first debate is being moderated by Lester Holt, who, in a June interview, doggedly insisted that Trump provide factual bases for his claims about Hillary Clinton, which Trump could not do. If he brings that sort of tenacity to this issue, Trump will be hard-pressed to escape without revealing himself to be a malicious, delusional liar.