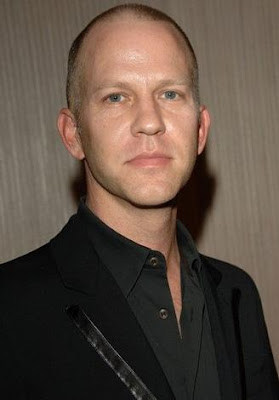 As we enter into week three of why Newsweek’s Ramin Setoodeh is a bad gay for suggesting that Sean Hayes isn’t believable as a romantic lead, it appears the Hollywood Velvet Mafia isn’t quite done with him yet and now he has agreed to do penance on the set of Glee.

In another open letter/brow-beating from Glee’s Ryan Murphy published by Entertainment Weekly, Murphy thanks the Gay and Lesbian Alliance Against Defamation for joining the pile-on that has greeted Setoodeh’s controversial piece which lead to a sit-down between Newsweek, GLAAD’s Jarret Barrios and fellow gay goodfella Dustin Lance Black (Milk). Murphy also announced that Setoodeh has agreed to attend a writer’s meeting at Glee–where they script the high school comedy/Bollywood film/American musical theater extravaganza–so that he can be schooled on diversity and inclusion.

Murphy is also demanding apologies from Newsweek, which has declined to issue one other than saying the magazine’s staff are big fans of the show, even the straight guys.  “I say thanks for your support, however glib,” Murphy wrote, “and continue — with many others offended by the article — to wait for a more substantial articulate response.”

While some have defended Setoodeh–most notably Aaron Sorkin and Mike Alvear at the Huffington Post–there has been a lot of teeth-gnashing and handwringing over Sedooteh’s opinion.  Yes, it took a couple of readings to kind of get his point.  And yes, it wasn’t the most well-thought out argument. And sure, Setoodeh has previously caused controversy at Newsweek when he asked whether “queeny” gay characters on television–including Glee—harmed gay tolerance and a piece a couple of years ago questioning whether junior highs were prepared to deal with openly gay students.

But why is the Hollywood Velvet Mafia still beating up on Setoodeh for his clumsily argued and thoroughly subjective point that gay actors are less believable once people know they are gay.  It’s the kind of thing that people say all the time–even in West Hollywood and Fire Island–yet Setoodeh is subjected to personal attacks and analysis on his gay identity because he wrote it in a magazine.

I can understand a week of furor and there’s nothing more fun than kicking Newsweek when it’s already down. But does Murphy and the rest of the Hollywood gay power structure need to continue to write letters and blogs castigating Setoodeh? Are Setoodeh’s offenses so severe that he needs to have his sexual orientation questioned and psyche probed just because he made observations that offended GLAAD? Aren’t there bigger gay rights fish to fry than whether it’s hard for openly gay actors to be believable on screen and stage?