Hotel Worker Fired After Being Quoted in Story on Minimum Wage

Hotel Worker Fired After Being Quoted in Story on Minimum Wage 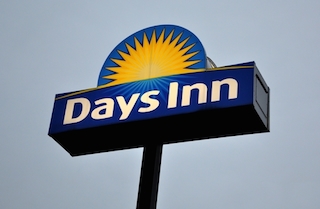 A hotel employee in Arkansas told a Washington Post reporter she’d been fired after being quoted in his article on minimum wage workers.

WonkBlog’s Chico Harlan reported from Days Inn in Pine Bluff last month for a story about the state’s $.25 minimum wage hike. Owner Herry Patel spoke against the raise (“everybody wants free money in Pine Bluff”), then pointed Harlan in the direction of his employee Shanna Tippen, who attested to the modest benefits of the wage hike.

Tippen ended up the lead of the story. But she called Harlan several days after the article to tell him she’d been fired:

“He said I was stupid and dumb for talking to [the Post],” Tippen said. “He cussed me and asked me why you wrote the article. I said, ‘Because he’s a reporter; that’s what he does.’ He said, ‘it was wrong for me to talk to you.'”

A man who sounded like Patel, reached recently at the Days Inn, declined to comment in several separate phone calls. On one call, the man said he’d never met Herry Patel and did not know who he was. On another call, he threatened to call the police if “you keep bothering us.”

Harlen said Patel had threatened to sue if the article were published. “Tippen, though, felt it was important to tell her story,” he wrote. “She said many people shared her experience earning the minimum, and she had nothing negative to say about her employer.​”