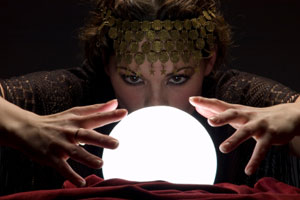 If you happened to be on Twitter last night, you may have noticed quite a bit of buzz over the sort of sordid, rather sensational story that’s usually reserved for Lifetime television movies or airport paperbacks: Dozens of dismembered corpses, some children, were found near a Hardin, Texas home. Crazy, right? And, what’s more, officers were led to the site of the carnage by following a tip from a psychic.

It would have been an amazing, and chilling, story had it turned out to have been true. As the story unfolded over Twitter, however, it quickly transformed from a scarcely believable news item shared by the likes of CNN and the AP, to a cautionary tale about the dangers of believing everything you read… or have been told by a psychic.

The Washington Post features a handy timeline of how the story unfolded, and eventually unraveled, over Twitter, beginning with a Tweet from CNN’s Ed Lavandera and ending jokes about psychics.

Here’s how the whole thing started: A Texas woman claiming to be a psychic called police with a tip about a mass grave housing dozens of dismembered bodies. The Liberty County Sheriff’s Office acted on the tip, obtaining a search warrant before rounding up officers and cadaver-sniffing dogs. And, of course, where there are cadaver-sniffing dogs, there are headline-sniffing reporters. News of the story spread rapidly, with some cable news outlets even reporting that a specific number of bodies had been discovered at the scene.

Despite the fact that no bodies have been found at the home, the woman’s tip wasn’t completely fabricated. Blood was indeed found at the home of Gena and Joe Bankson, with the couple attributing it to a family member who recently tried to commit suicide in the house. [Ed. note: What?!] Ms. Bankson says she may know the woman who made the call, and, if her hunch is correct, the woman is mentally unstable. Mr. Bankson added his two cents:

I haven’t killed anybody. And I have a lot of friends, but I haven’t helped anybody bury any bodies.