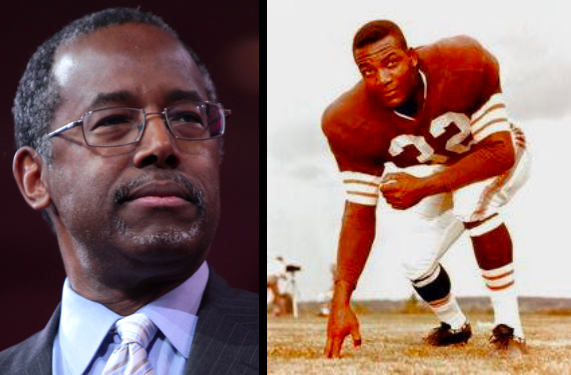 As I watched Dr. Ben Carson’s interview with the media this afternoon, I was again struck by his borderline torpid speech and slow-forming syllables that makes my inner Jersey kid lean forward and get filled with hurry-up rage. All of the main cable news channels carried the live broadcast of Carson’s remarks, ranging from his debate performance last night to his view on the Islamic State.

It is in fact Carson’s methodical speech that perhaps most contrasts him with the percussionist energies of Donald Trump or Chris Christie. Here in New York, Trump and Christie speak the way we expect people to sling words: with audacity, pace, maybe some rambling thrown in, equal parts firm attitude and bravado.

Carson however hand delivers every. single. word., capable of inducing even a NoDoz addict into a soporific lull like the snoozing final frame of a NyQuil ad. It is this demeanor that likely is most attractive to the block of center-right voters who see the neurosurgeon as a viable candidate for the Presidency. From Iowa, you most hear how they “like his life story”, which is code for “he’s not New York”, and therefore appealing to states that operate  on a more methodical pace.

Today’s press conference was no doubt an exhausting one for Carson after a debate and a thousand interviews on who he stabbed and tuition-free West Point candidacy and considerations to abort baby Hitler.

Then I realized — even if Ben Carson were absolutely exhausted today, would anyone even know?

The Hall of Fame running back Jim Brown was known for an unsuspecting mental philosophy that drove his playing days in Cleveland.  As Gloria Steinem wrote in November, 1968 for New York Magazine:

In [Brown’s] biography, Off My Chest, he said of his early pro football career, “I played the part of a big dumb fullback as well as I could, which is to say with a maximum physical effort and a minimum of dialogue… I usually came up with some kind of scintillating statement that endorsed God [and] country.”

Sound like any ambitious neurosurgeons we know? Here’s where the link between Carson and Brown gets really interesting. Steinem continues (emphasis mine):

Sometimes [he] did get hurt, but didn’t show it. “I always made a point to get up slow after a play. That way when I did get hurt — and I got cuts, bruises, bells ringing in my head, loss of memory; even played one whole season with a sprained right wrist — when I got hurt, I just got up slow like always, and no one knew it.”

Watching Ben Carson slowly ‘fumble’ through more answers this afternoon, I realized that he may not be a sluggish schlepper of indolent ideology. My god, I thought, is this the act? Is he fooling us all?

Ben Carson may in fact have been utterly wiped of all energy today, but no one in the media would have any idea. No one is calling into question his stamina or ability to execute the rigorous schedule placed on candidates vying for the White House.

On the contrary, by his own admission, Donald Trump sat on Morning Joe today and sheepishly offered the effect of only ninety minutes of sleep last night. Just last month, USA Today reported on the “exhausting” toll that the campaign trail was having on Chris Christie. Jeb Bush has had to scrape together soundbites to combat well-known accusations of torpor, too.

Carson may very well be embodying the discreetly competitive nature of Jim Brown, rope-a-doping visuals of casual exhaustion so as to not create a frenzy around examples of the contrary. Carson’s cameo in Stuck On You may not quite be Brown’s legendary The Dirty Dozen, but we in the angsty New York timezone would never realize when just like Brown, Carson may be slow to get up after a play.