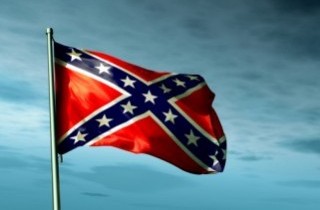 For quite a while now, especially in the realm of race, this country has left the gravitational pull of the rational earth. Insanity and mob rule seem to reign supreme, with only very limited opposition. How else could you explain an obvious lie like “Hands Up, Don’t Shoot” causing black people, spurred on by the news media, to protest (occasionally violently) for weeks in a nation where our president is a black man?

What we have seen over the past week since the horrific tragedy in South Carolina, specifically with regard to the “Confederate flag” is a yet another prime example of how our national conversation is now completely dictated by emotion and ignorance rather than reason and facts.

There are many layers of lunacy which have resulted in the various symbols connected to the Confederacy being taken down in South Carolina (which will happen), Kentucky (which will likely happen), and Alabama (which has happened) and being banned from sale (even Lynyrd Skynyrd and “Dukes of Hazzard” merchandise!) at almost all national outlets. I will try to examine at least a few of them here.

First, the impetus for this remarkably rapid action was the outrageous and horrifying act of one kid who killed nine innocent people, apparently because of their race. Because he posted a photo of him with what is perceived to be the “Confederate Flag,” and because we as weak humans have a bizarre need to blame something other than ourselves for tragedy, this quickly became a primary focus of the understandable rage.

Heck, Jon Stewart told us a flag was to blame. Why would we ever doubt a retiring comedian?!

Not only does this response give the rantings of the worst of our population far more power than they remotely deserve, this also doesn’t make any sense at all. The killer also posted a photo of himself burning the American flag. Why do we not blame this symbol for having provoked this monstrous act?! Oh wait, that wouldn’t make us feel good and wouldn’t promote any sort of liberal political agenda.

The next layer of craziness deals with the flag itself. Putting aside the historical inaccuracy of referring to it as the “Confederate Flag,” how did a symbol which was a prominent part of one of the most popular and noncontroversial TV shows of the 1970s and apparently part of Clinton presidential campaign paraphernalia in the 1990s, suddenly come to be seen as something completely different? How did a movement which has been dead for well over 100 years, and about which we have learned nothing new, almost instantly become so incredibly radioactive?

The cause, of course, is based purely on raw emotion, crass politics, and the increased audacity of an overtly liberal media.

I am not a southerner, but I have lived as a broadcaster in four states with at least some connection to the Confederacy. I have never once seen the flag used as a symbol of blatant racism. I am hardly naïve. Is it possible that some people use it that way? Sure. But if the standard of erasing something from an allegedly free society is a few nut jobs using it for purposes we don’t like, then we are simply no longer free and nearly everything will eventually have to be banned.

The revisionist history and arbitrary enforcement of the “PC rules” in this situation is truly staggering. The Confederacy was far more complex than being about slavery, or even treason. The vast majority of American citizens who died for that cause did not own slaves and they did not think of themselves as traitors to their country. The Civil War was an intra-family squabble (though an incredibly deadly one) over the direction of our nation and whether we were to be governed by the states or by Washington.

When the Confederate soldiers readied for the ill-fated Pickett’s Charge at Gettysburg, they shouted “For Virginia!” not “For Slavery!” Similarly, my alma mater, Georgetown University, chose its school colors as Blue and Gray (which I guess we will soon have to change) to honor the fact that many of its students went to fight for each side because it was located right on the border between and North and South.

Perhaps the most dramatic proof that we are not seeing the Confederacy in any remotely fair context is this quote from a public debate during that era, from a man who would soon become president:

That is from Abraham Lincoln, the media’s most revered man in the realm of racial history (at least among Republicans). Based on the irrational precedents we are now setting on an almost hourly basis, I am assuming that the Lincoln Memorial should be removed by sometime next week.

Another aspect of this reaction which is really scary is how quickly and dramatically both Republican politicians and corporate entities completely caved on the issue.

The media/political cycle of this story has been all too familiar. The media distorts reality and makes something a cause which appears to casts one side as good and the other as evil/racist. Liberals immediately swarm in unison under the guise of morality. Prominent conservatives, fearful of the false narrative of racism sticking to them and eager to show the media how they are not one of the “bad” conservatives, quickly give credibility to the media’s fake story while also removing all political cover for any other conservatives who might be inclined to fight for the principle of the matter. The media then easily portrays any remaining resistance to their false narrative as coming from nuts and racists.

As far as the corporate angle, obviously businesses should have the right to sell whatever legal product they want. But the immediate and nearly universal repudiation of confederate materials which they have sold for many years without incident has been particularly disturbing.

The entire philosophical basis for South Carolina removing the flag from display at their statehouse is that its placement there is some sort of de facto seal of approval by the state. While I disagree that there is a basis for removing it, at least there is some logic for why someone could hold that position. However, what is the rational for Walmart, Amazon or even Ebay and NASCAR deciding that Confederate-related products can suddenly no longer be sold?

Are they saying that they agree with every possibly interpretation of every product they sell?! That would be obviously ludicrous. And there is clearly no evidence that there is a lack of interest in people buying such material, so the economic argument is also moot. This is purely about fear of irrational criticism and is effectively censorship.

This entire controversy exposes how strong a hold political correctness (the belief that only the side of an issue that the media is on is acceptable to promote publicly) now has on our culture and how corrosive it has been to our freedom of speech in this country. We are now on the slipperiest of slopes. Harry Reid says he wants UNLV to get rid of “Running Rebels” and the days of the Washington Redskins now appear to be officially numbered. It boggles the mind to think where this might end, if ever (btw, is PGA Tour star Bubba Watson still allowed to own the “General Lee” with the “Confederate Flag” on it he bought a couple of years ago?). Soon, “Y’all” will be the new ‘N-word.”