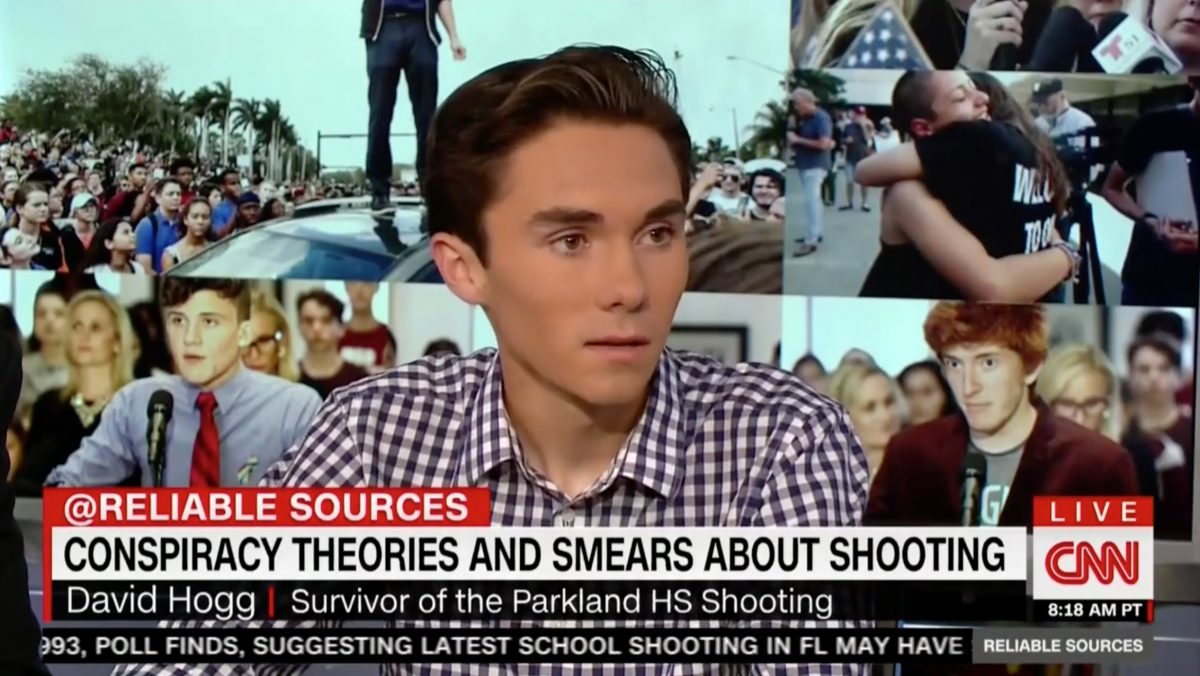 My wife, who is also the awesome mother of my two young daughters, is a fascinating case study when it comes to the “Cult 45” phenomenon of the Trump presidency, about which I have often written. She is a highly-educated, conservative, gun-owning, former NRA member and big fan of The Apprentice, who comes from a family that is dominated by Trump loyalists — but she is also very skeptical of Trump as a person.

She fully admits that if it was not for her living with me and therefore being routinely disabused of most of the false narratives she gets from the state-run “conservative” media while provided with information which is censored by those same sources, that she would likely be a member of the cult. As I often say to her, only half-jokingly, she has the Trump “zombie virus,” it’s just dormant most of the time.

So, this past weekend, while talking about the aftermath of the Parkland massacre, I was startled, but not completely shocked when she very confidently declared to me that David Hogg, who had done numerous TV interviews about surviving the shooting, was not a real student at the school. He was a “crisis actor” she told me, hired to go on TV, presumably to attack gun rights and Trump himself.

I am an ardent anti-conspiracy theorist in general, and I already knew enough about this “theory” to realize that it made absolutely no sense. So I responded to her (after picking my jaw off of our living room floor) by asking, “Do you seriously believe that?” She, quite assuredly, told me that it was true and that she was reading about it on her computer as we spoke.

Of course I asked her what her source for this information was, and she showed me the Facebook page of a high school friend who had posted a tweet from “Laguna Beach Antifa” claiming to have evidence that Hogg was an attention-seeking fraud with a political agenda. It showed his yearbook photo (supposedly) from a high school in California, so, to her thinking, it just had to be legit.

At the time, I hadn’t even bothered to fully research why the story was false (it is easily explained and debunked) because the entire concept is so obviously absurd. Even if such an audacious scheme was attempted it would instantly fall apart more completely than a Devin Nunes memo. There would instantly be tons of evidence that the kid was not really at the school which was targeted, but instead numerous students immediately came forward to defend him (people not thinking about what evidence would exist if a conspiracy theory was real is clearly the number one reason so many of us readily buy into even those stories which are plainly nuts).

As clear as this was for me, it was not to my wife. In my younger years, before almost all hope for humanity had been squeezed out of me by modern realities, I would have presumed that, since she knows that I have a world-class BS detector, she would have simply taken my word for it and admitted she had been duped.

That’s not at all what transpired here, however, and I sense her reaction is emblematic of a lot of what is driving the current insanity ruling our badly broken national discourse. She instead doubled down and insisted that I could be wrong about this one. When I revisited the topic with her the next day she said that she still isn’t sure that the story she saw on a friend’s Facebook page was “Fake News!” because she didn’t yet “have all the facts.”

When I told her I was going to write this column, she wished me luck and asked me to promise to apologize to her if it turned out that I was wrong about Hogg not being a “crisis actor.” To be clear, while my wife is awful at apologies or admitting when she is wrong — as the husband, those things are, of course, a large portion of my job description — part of her sincerely still does not believe that what she saw on Facebook was fabricated.

The primary reason for her disconnect is that this false narrative fit with what she already knows to be true: that the news media is completely biased against gun rights. It also allowed her to rationalize that this new wave of anti-gun fervor is illegitimate. If these factors rule the day even for someone as intelligent as my own wife, then facts and logic are simply no longer any match for the power of human rationalization. That’s especially true in an era where people can always find some sort of propaganda — even via major cable news channels — on which to base what they already want to believe.

The worst part of this “crisis actor” embarrassment may be that it has completely discredited legitimate concerns from the right that the news media is indeed exploiting Hogg and other students like him because they so perfectly fit with their anti-gun and anti-Trump agenda. Does anyone really believe that CNN, for instance, would be still constantly interviewing them if their message was politically different? I also have suspicions that there is a self-fulfilling aspect to the media’s agenda because even high school kids instinctively know which messages will get them re-invited to be on TV — thus increasing their fame and Twitter following — and which will not.

Now please excuse me as I prepare for my time in the family doghouse.