The ‘Memogate’ Farce Tells Us Far More about Trump, His Cult & the Russia Investigation Than the FBI
Opinion

The ‘Memogate’ Farce Tells Us Far More about Trump, His Cult & the Russia Investigation Than the FBI 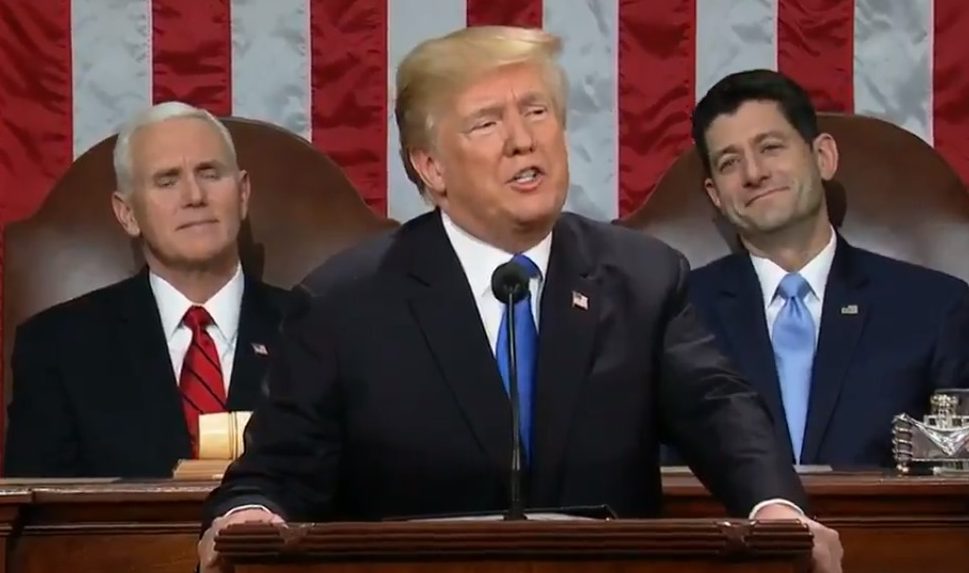 It is very clear by now that news related to President Donald Trump, especially if connected to the Russia investigation, is effectively a national Rorschach test. What people think they see often says far more about them than it does about the truth.

There’s probably no more dramatic, and potentially dangerous, example of this reality than the “Memogate” controversy which is already creating fairly big news before the memo in question, written by Republican Congressman Devin Nunes, is even released — which will probably happen very soon, by the White House.

For Trump’s “Cult 45,” this story is all the “proof” they need that the Russia investigation is, just as their fearless leader has told them, an FBI-led political witch-hunt, the results of which are not to be remotely trusted. For those who are not Trump fans, this is obviously a manufactured controversy intended to create a misleading impression in a desperate attempt to discredit some findings by Robert Mueller which are likely to be quite damning.

In this case, nearly all of the logic and known evidence is on the latter view, while the former perspective is actually radically undermined by the entire scheme itself. One scenario is based on a nonsensical and mostly insane conspiracy theory which no one can even outline, while the other actually makes sense, at least when seen through the prism of the nuttiness of this presidency.

Obviously, I have not yet seen the memo, and, apparently like Nunes himself, nor have I read all the underlying intelligence on which it is apparently based. However, in this situation it is not difficult at all to read the tea leaves and come up with a rational explanation for what is, and is not, really going on here.

Nunes is a known fraud who is willing, for whatever reason, to do virtually anything to protect Trump. Either because Trump is in real trouble due to the Russia probe, or is just simply really aggravated by it, Nunes has decided to blatantly cherry-pick information and create a document will be seen as credible by Fox News and talk radio, thereby casting doubt on the legitimacy of how the investigation began among Trump’s easily-duped base of support.

FBI Director Christopher Wray, whom Trump appointed to replace James Comey — the former Bureau director he infamously fired in an extraordinary act — has publicly rebuked, apparently with the backing of Deputy Attorney General Rod Rosenstein, the impending release of the memo primarily over “grave” concerns about its inaccuracy. Nunes has fired back, claiming that those concerns are invalid and that the FBI and DOJ were engaged in an anti-Trump conspiracy during the 2016 campaign (which is particularly odd since Trump was seen as a sure loser when the investigation began, and would have surely lost if the FBI Director had not released an anti-Clinton letter just ten days before the election).

For his part, Trump publicly supported the release of the memo “100%” while walking out of the House chamber following his State of the Union address, and Nunes has declined to answer whether his efforts here were coordinated by the White House (spoiler alert: they were). All of which has already raised even more questions about whether the president has engaged in a clear pattern of obstructing justice.

Some believe that “Memogate” is a way for Trump to get rid of Mueller’s “boss,” Deputy Attorney General Rosenstein, who may have failed his “loyalty test.” Others think that Trump is directly targeting Mueller himself, though laughably, through Attorney General Jeff Sessions.

The fact that Trump has given us every reason to take these stories very seriously is probably the most damning indictment of his entire presidency.

To those with a working brain and limited biases, there may be no better indication that Trump really does have something horrible to hide in the Russia investigation than the grotesque lengths to which he and his GOP sycophants are willing to go in their effort to destroy the good people involved in it. That may not mean Russian “collusion,” but in a rational world there just has to be something awful to risk doing all of this (how the administration’s announcement this week that they will NOT be fully enforcing the sanctions against Russia has not been a FAR bigger news story, is a complete mystery to me).

As for the idea that maybe Nunes is really onto something big, this concept would require at least even a tenuously plausible theory to explain the vast conspiracy. Given what we already know, there are numerous data points which make that inherently impossible.

Here are those key points:

In short, there is just no way to make this crazy conspiracy work in the real world, though I sure would really like to see someone try to do so (trust me, no one will). If we are going to be forced to endure a constitutional crisis so that Trump doesn’t have his dirty laundry aired in public, we should at least be able to get a few laughs out of this lousy deal.