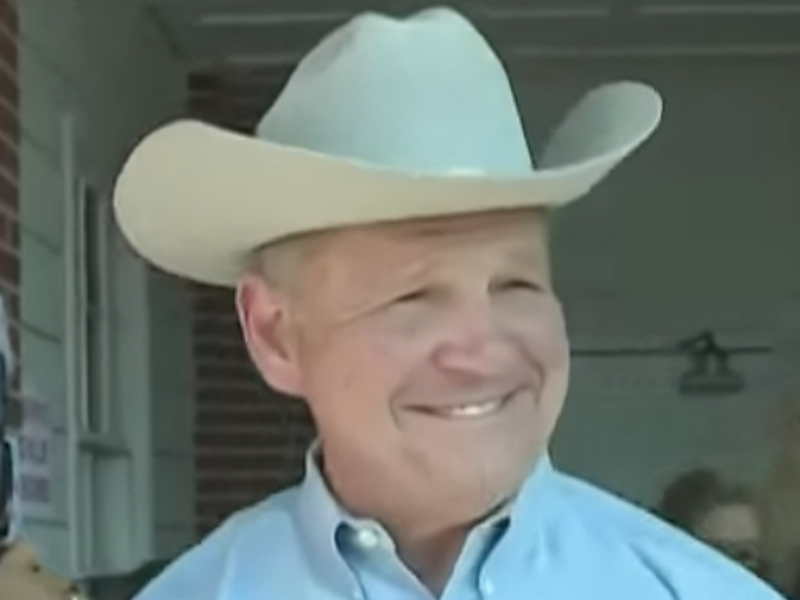 If you’ve been following far-right media today, you probably noticed an absurd conspiracy theory involving Roy Moore and those allegations of child sexual abuse. Gateway Pundit picked it up and so did Infowars, among others.

The theory claims that a Washington Post reporter offered a woman $1,000 if she would lie and say that Moore had sexually assaulted her. If this was true, it would absolutely blow the lid off the fake news, with all of their fakey fake sources and fakey fake haircuts.

There’s just one teensy problem. The entire thing seemed to be sourced from just one tweet.

Read it below and see if you can find anything off about it.

A family friend who lives in Alabama just told my wife that a WAPO reporter named Beth offered her 1000$ to accuse Roy Moore????

First of all, not much by way of actual evidence, right? “A family friend who lives in Alabama” is not exactly Deep Throat. The four question marks, also, do not inspire confidence. That’s not what you were supposed to notice, though.

Wow, on Infowars too. This thing has surprising legs for such an obvious hoax, even for this crowd https://t.co/1TINR1CcYI

Check out the monetary amount. Who writes amounts like that? Have you ever put the dollar sign after the amount? Why, it’s positively un-American.

Fun fact: In Russian, the ruble sign (₽) follows the value. In English, we put it *before* the listed amount. Easy to get confused when you’re juggling multiple languages, I suppose. pic.twitter.com/xy95EZvNoz

Could the far-right have been duped by a Russian troll in their desperate quest to absolve an alleged child molester?

This is the entirety of the evidence for the garbage claim that Gateway Pundit wrote an article about. You know who writes dollar amounts as 1000$? Real Americans. pic.twitter.com/Si1STH1MUn

The Twitter user who started this whole thing is named “Doug Lewis” and claims to have served in the United States Navy for 22 years. His username is the subtly patriotic “umpire43.” What, “MomAndApplePie43” was taken?

He also has a long history with jumping on ridiculous conspiracy theories, often going to absurd lengths in order to support President Donald Trump.

The account behind the claim that WaPo was offering bribes to Moore accusers — @umpire43 — has a long history promoting previous hoaxes. pic.twitter.com/jG1ScsHR6Q

Washington Post reporter Beth Reinhard is the obvious “Beth” referred to the original tweet. Gotta love how “Doug Lewis” used only her first name, however, thus acting the fool and allowing readers to “figure it out” for themselves. Well played.

“Doug Lewis” also claims that this friend of his wife has a “pic of the woman named Beth” and a taped conversation, though both have mysteriously failed to materialize.

She has a pic of the woman named Beth and taped the conversation on her phone.I told her to take it to the DA,s office but be sure to keep a copy. https://t.co/crHHrgkVGb

Reinhard has, as expected, become a target for alt-right trolls to flex their digital muscle.

A recorded tape with you offering money to the accuser is now at the DA’s office. #busted #liar #scumbag #fakenews

And that, boys and girls, is how bullshit is born. Shine on, you crazy diamonds.