How The GOP Becomes The Party Of Gay Marriage

How The GOP Becomes The Party Of Gay Marriage 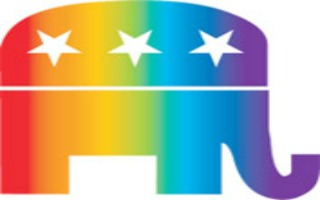 Mitt Romney lost last night, and he lost big. Despite exit polls showing Romney winning voters who were most concerned about the economy and the deficit (which voters identified as their single biggest concern this year), his defeat was decisive. The message of this election is clear: Republicans can win over independents by wide margins with their message of fiscal discipline, but they cannot win national elections without a broader coalition of social moderates and minority voters. The GOP will have to recalibrate and appeal to broader coalitions of voters, notably moderate women and Latino voters. Republicans should rejoice – the Democrats do not have a lock on these voters in the same way they do African-Americans, and a deft shift in strategy could reshape the GOP’s image among urban voters currently denying the party a majority of the national popular vote.

While many think the issue of appealing to Latinos through immigration reform or other means is the most pressing, let’s tackle an problem that is going to prove to be the defining wedge issue of the next decade first: gay marriage.

The writing is on the wall: Americans are warming to same-sex marriage. Last night, three states passed referendums to legalize gay marriage. More will follow. The Republican Party cannot afford to be branded by their opposition to the expansion of this fundamental freedom to any and every citizen. It is a simply toxic political position to maintain.

Mitt Romney may come to be remembered as the Republican Party’s last anti-gay marriage nominee. He pledged in the GOP primaries to advance, as President George W. Bush had in 2004, an amendment to the Constitution that would define marriage as existing only between a man and a woman. It speaks to the nation’s cynicism that he was never asked how he planned to pass such an amendment through Congress — let alone a majority of the state legislatures — when Bush could not pass his through a Republican-dominated Congress eight years ago.

Romney’s position on marriage is shared by a majority of the Republican Party’s socially conservative constituents. They genuinely believe that same-sex marriage is immoral and the federal government should not do anything to promote such a condition. Their convictions should not be mocked – they are deeply held beliefs. Today, though, even stalwart social conservatives are acknowledging that the party needs to broaden their coalition to secure electoral victories. All but the most fatalistic evangelical Christian could be persuaded to moderate their opposition to same-sex marriage for the sake of the party’s viability.

To that end, there is a way to embrace marriage freedom, if not gay marriage itself, and not offend the broadest segment of the Republican coalition: tax code reform.

The government is in the marriage business because the tax code defines marriages and civil unions for the purposes of applying an income tax deduction to couples. President Barack Obama’s administration’s non-enforcement of the Defense of Marriage Act paved the way for those benefits to be shared with not just married couples but those in a civil union as well. As part of a comprehensive tax reform plan, a favorite white whale of pro-growth conservatives, the elimination of all marriage deductions offset by marginally reduced rates across the board truly does get the government out of the bedroom. In conjunction with the Department of Justice’s decision to no longer enforce DOMA, the GOP can triangulate on that issue and advance gay marriage rights without advocating for them. It provides a path for each state and locality to define marriage.

Would this proposal have a snowball’s chance in the 113th Congress, or any Congress in the immediate future? No. But the political benefit such a policy would yield to the Republican party – couched in the terms of a freedom agenda through the reformation of the tax code — would hold the GOP coalition in place. It would satiate social conservatives leery of seeing their tax dollars promoting same-sex marriage rights. It also courts gay-rights voters as well as urban and suburban-based, single women who are deeply suspicious of the GOP’s social agenda. Opponents of same-sex marriage who believe the government has a role in promoting the family know that the government’s track record in this endeavor is already dismal. The most honest among them will acknowledge that civil society, not the federal government, has a more valuable role in promoting strong, two-parent families.

The Democratic party, and President Obama in particular, made the media and his base voters swoon in April when he expressed his support for gay marriage. But expressing support is all he did. The Democratic Party has empathy for gay marriage advocates in spades, but they do not have a plan. A Republican Party armed with a plan that triangulates on the issue of gay marriage could effect a remarkable political reversal.