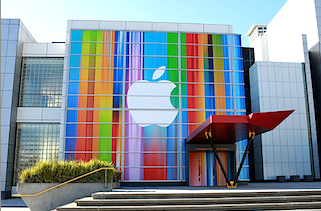 Apple’s annual product event is happening Tuesday, September 9 beginning at 1 p.m. ET (10 a.m. PT). This year, the company is expected to announce the brand new iPhone 6 in addition to their first foray into the smartwatch field, which will likely be called the iWatch.

Below is all the information you need to watch the event live as it happens.

Apple will stream the event live on their website at apple.com/live. They already have the countdown going if you need some help building your excitement levels up. However, because they are Apple, they are only letting Safari users view the stream. You must be on an Apple device that is running at least Mac OS X 10.6.8 as well as Safari 5.1.10 or later. If you are on an iPhone, iTouch or iPad, you must have iOS 6 or later and again, be using Safari as your browser.

As for what you can expect from the show, the main event will almost certainly be the new iPhone 6, which is expected to come in two screen sizes, 4.7 and 5.5 inches, based on leaked reports. The phones are expected to have improvements in speed, resolution and the camera, in addition to featuring the oat durable glass screen yet, which will be a welcome addition to anyone who has ever dropped their phone and watched in horror as the whole thing shatters before their eyes.

In addition, Apple will likely introduce a new iWatch product, which is essentially an wearable iPhone extension for your wrist and will aim to compete with a similar product from Samsung as well as digital fitness devices like the FitBit.

That, and presumably much more, will all be revealed during the big event Tuesday.