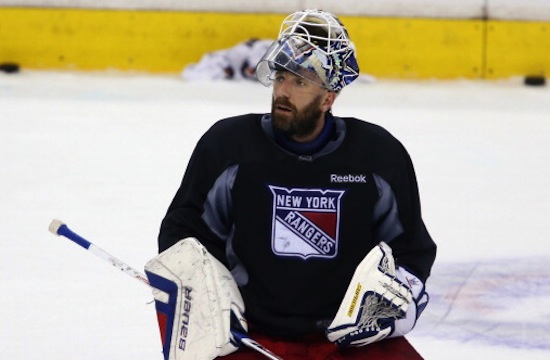 The second round of the NHL Playoffs continues Thursday night in New York, as the Rangers host the Ottawa Senators at Madison Square Garden in a pivotal Game 4.

After two tough losses north of the border, the Rangers posted a solid 4-1 victory to break the ice in the series. They still trail two games to one, however, and are desperately hoping to capture Game 4 in order to avoid having to win three straight in order to take the series.

The Rangers’ veteran group has had playoff success in recent years, but has never gone all the way. For star goalie Henrik Lundqvist, it is his seventh straight season as the Rangers’ netminder in the postseason. While forward Rick Nash is making his fifth consecutive playoff trip with the Broadway Blueshirts. Can the two starts and the rest of their veteran teammates go further than they have before?

The Senators, meanwhile must shore up their defense and goaltending after having given up nine goals in the past two games. They’ll need to somehow slow the Rangers attack as their six-goal Game 2 performance was most likely an outlier. They can’t expect to have that kind of success against Lundqvist going forward.

The puck drops shortly after 7:30 pm ET. NBC Sports Network will broadcast the action live, and also stream it on their website, free with a cable subscription. They will also stream the game on mobile devices via the NBC Sports app, which can be downloaded via the Apple App Store, and the Google Play Store.