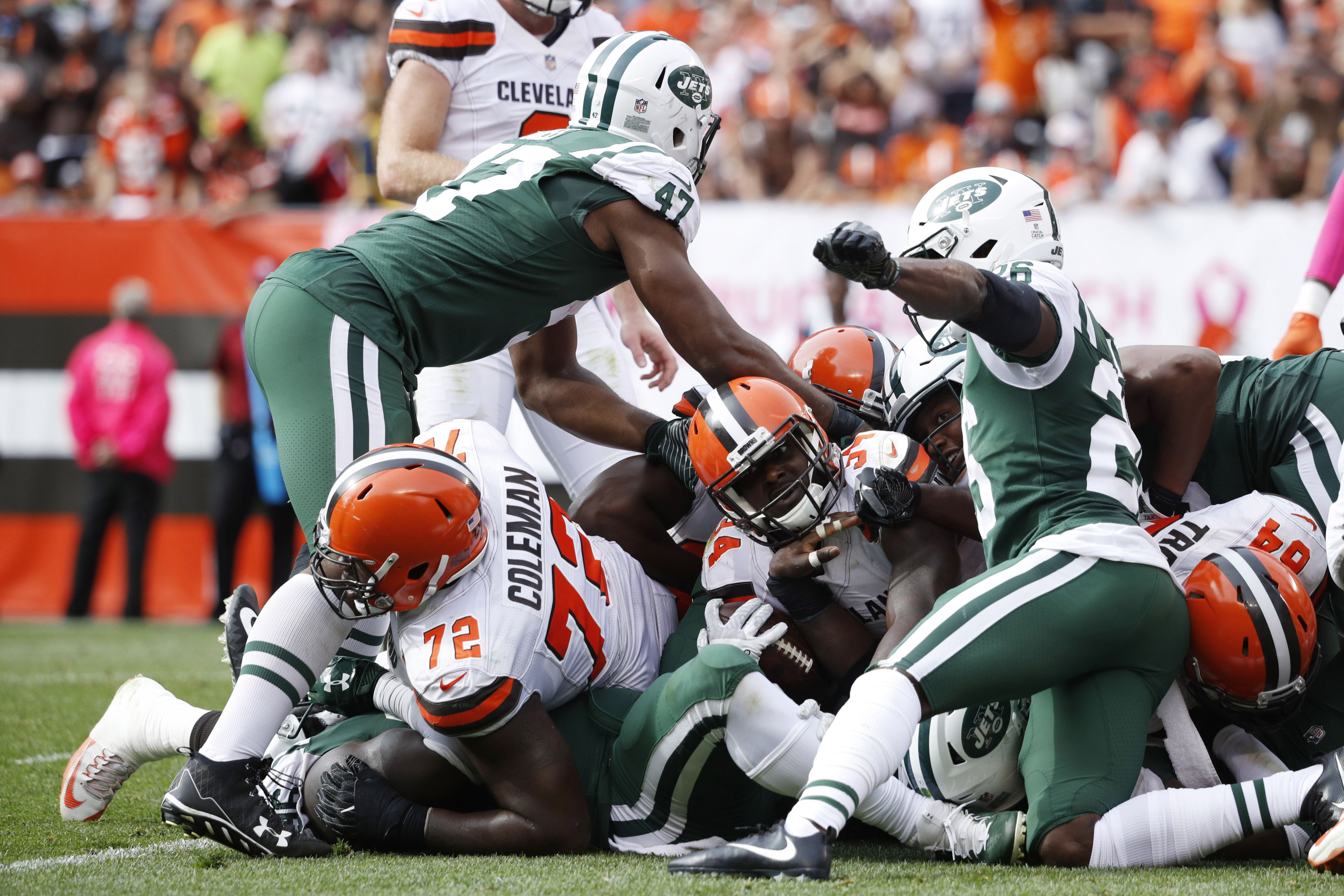 Week 3 of the NFL season kicks off with a matchup of two teams who selected quarterbacks in the top three of the 2018 Draft — though only one will get the start on Thursday. It’s the New York Jets vs. the Cleveland Browns live in primetime from FirstEnergy Stadium in Cleveland.

After routing the Detroit Lions to start the season, the Jets fell back to earth last week in losing to the rival Miami Dolphins. Jets star rookie signal caller Sam Darnold looked like a rookie — though he did throw for more than 300 yards. Optimism around the Jets is off the charts, for once. The fans, the coaches, and the front office all believe that the 21-year-old from USC is the man who will finally lead them to the promised land.

The Browns, meanwhile, have come oh so close to finally getting in the win column, after going 0-16 a year ago. After notching a tie against Pittsburgh in Week 1, Cleveland had the Saints in big trouble — but kicker Zane Gonzalez missed two field goals and two extra points in a three-point loss. Gonzalez was cut, and the team signed Greg Joseph to take over. More settled, for the moment, is the Browns quarterback situation. Tyrod Taylor has been playing solidly, and will get another chance to get the Browns their long elusive victory as rookie Baker Mayfield continues to get ready for his debut.

Kickoff is at 8:20 p.m. ET tonight. The game will be shown live on the NFL Network. The regular Fox No. 1 announce team of Joe Buck and Troy Aikman will have the call. The game can be streamed via the NFL Network’s website. A cable subscription is required for the free stream.