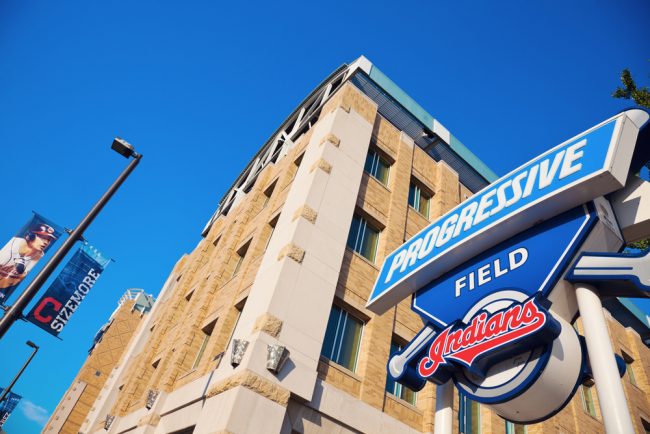 October baseball is back. And the featured Division Series should be a dandy between a pair of teams who, this year, are in roles that they are not historically accustomed to. The New York Yankees — 27-time World Champions who come in as the underdog, for a change — take on the Cleveland Indians, prohibitive favorites despite the fact that they haven’t won the Fall Classic since 1948.

The Yankees punched their ticket to Cleveland with a Wild Card win over Minnesota Tuesday night in the Bronx. New York was able to overcome a disastrous start by Luis Severino to beat the Twins 8-4. Now, behind incredible rookie slugger Aaron Judge and an elite bullpen, the Yankees will try to take three out of five from Cleveland — potentially setting up an ALCS showdown with their bitter rivals, the Boston Red Sox.

Cleveland has been on a mission ever since falling just short in 2016, losing a heartbreaking Game 7 at home to the Chicago Cubs. Their 2017 season was highlighted by an incredible 22-game winning streak, the longest in baseball in more than a century. Can they win 11 more games and bring Cleveland its first baseball title in nearly seven decades?

Trevor Bauer gets the ball for Cleveland, while Sonny Gray takes the hill for the Yankees.

First pitch is at 7:38 p.m. ET. The game will air on Fox Sports 1. Matt Vasgersian and John Smoltz have the call. The action can be streamed free with a cable subscription on pc, cell phone, or tablet via Fox Sports Go — which can be downloaded via the iTunes store, and the Google Play store.