How We Used a Python Script to Find Our Domain Name, “Yipit”

How We Used a Python Script to Find Our Domain Name, “Yipit” 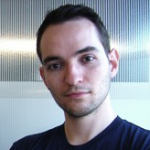 Let’s say you have a music sharing idea, so you’re going to grab music.com.  Wait, that’s probably too obvious. I’ll be creative. Let me try sharemusic.com. Oh, taken. How about Musicster.com, taken. Songster, taken. Songly, taken. Beaster, taken. Uh, oh. That’s when you realize something we’ve all at one point realized, EVERYTHING sensible is taken.

Before you know it, instead of spending time getting your prototype out, you’ve spent way too many days on instant domain search,thesaurus.com, polling friends, telling yourself you’re not going to spend anymore time on it, wondering if a .net domain is all that bad, telling yourself google was a terrible domain name so you shouldn’t care that much, trying to reach someone in Russia who owns the domain you want, finding a domain that’s actually available, buying all 10 spelling variations, realizing 5 minutes and $50 later that you don’t actually like the domain.

We went through all of the above when trying to name Yipit and we came up with a long list of terrible names and these were the ones we actually bought: streetcake, frankencity, 1gotham, citybat, noocher, zaxme. Ugh.

Needless to say, we were very unhappy with our final list and, even worse, we had spent way too much time on it.

So, after the fifth time we had told ourselves we weren’t going to spend any more time on it, we decided to come up with a different strategy.

Bottoms Up Approach to Finding a Domain

We wanted something short and we decided we wanted the domain to end in “it”.  We figured people say  ”google it”, and we hoped that one day, if we got popular enough, we could make it easier on people by having the “it” as part of the name. I will be both very happy and very sad if, one day, I hear someone say “yipit it”.

So, I wrote a simple python script to generate every [consonant][vowel][consonant]it.com.  With 21 consonants and 5 vowels, that resulted in 2,205 possible domains.

Obviously, I wasn’t going to look those up individually. Fortunately, godaddy has a bulk uploaderthat lets you check 500 domains at the time. (If someone knows of a better bulk upload checker, comment below!)

Of the 2,205 domain combinations, around 400 (in May 2008) were available. As you can expect, the ones that were available had Q’s in them with no accompanying U’s and other horrible formations.  It was disappointing. The available domains were terrible but, amongst the trash, we spotted the needle in the haystack: yipit.com.

The best part, it took us just 30 minutes to find our domain!

We both liked it and asked a few friends and family what they thought.  They all really liked it. I couldn’t believe our domain search was over. Yipit was our new company name.

(Hilariously, that same week, we had asked a creative friend of ours to come up with names and she had come up with 20 fun names one of which was “yipit”.)

How to Come Up With Your Own Script

Good available domains are like needles in the haystack. They are really hard to find by trial and error but this scripting technique combined with the bulk checker, lets you get to those needles fast. I recommend you do the following:

Hopefully this will help you find your domain and get back to doing what actually matters, building your prototype.

I went back today and ran the script again. I checked all the combinations through the godaddy bulk uploader tool to see which ones were still available and put the available domains in this google doc. The pickings are slim.  My favorite one is Vopit though it sounds a little bit like vomit.

Vinicius Vacanti is a co-founder of Yipit, a service that recommends the best daily deals by learning your tastes. Prior to his
entrepreneurial pursuits, he was an investor at Quadrangle Group. He regularly blogs about first-time entrepreneur issues at
http://viniciusvacanti.com, where this post was first published.