I Stopped the Stormy Daniels Story at Fox News. Here’s Why. 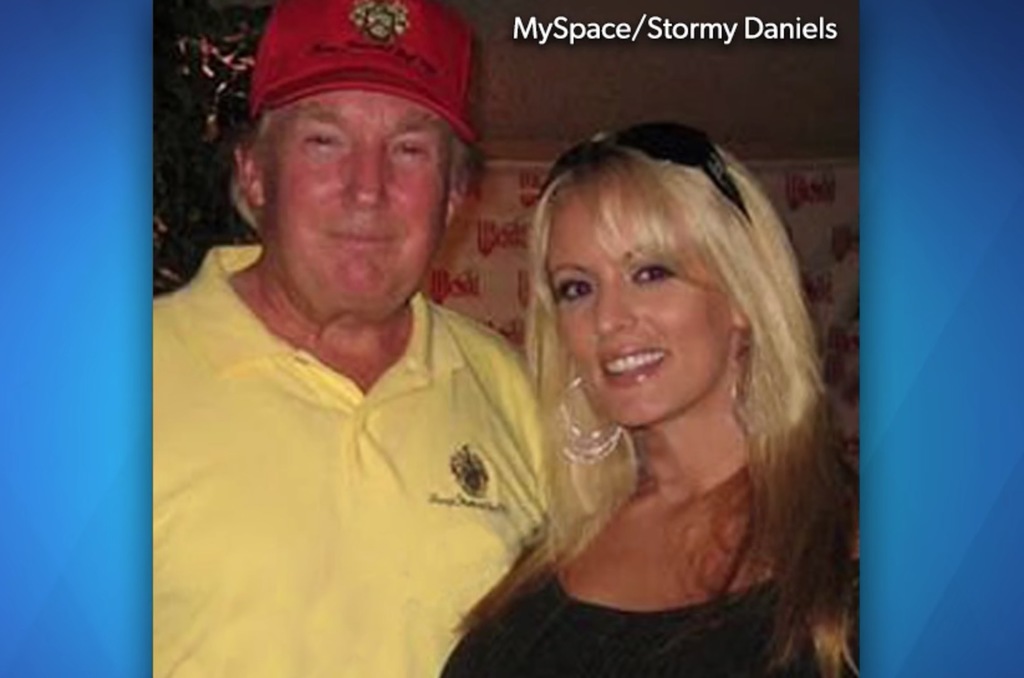 Daniels and her associates were playing a bizarre cat-and-mouse game with Fox News and other outlets, trying to get their story out without fingerprints and, ultimately, without enough proof to publish.

We and others practiced solid journalism. Now, that’s being spun in an effort to prove the opposite.

In 2011, a gossip website called “The Dirty” published an anonymous tip alleging that Donald Trump had an affair with Stormy Daniels in 2005 while Melania was pregnant with son Barron.

The next day, Daniels’ lawyer sent a cease-and-desist letter to the site’s operator demanding that the post be removed, which it was.

What’s The Dirty? It’s a “user submitted” site which posts sordid rumors, usually about former girlfriends. It’s a dark, often misogynistic place, but it sometimes gets true stories first. (Its top post as I write this publishes a woman’s name and photo with the headline “Crazy Girl Will Fuk Everyone That DM Her.”)

On October 18, I got my first look at the Stormy Daniels story written by Fox reporter Diana Falzone, who primarily covered celebrity news for print and video. It wasn’t a detailed investigative piece as the media has portrayed this week, but a 9-paragraph story that sorely needed backup.

It included: a two-word confirmation – “it’s true” – from an unnamed Daniels “spokesperson,” an anonymous quote from a friend who said she’d dropped off Daniels to meet Trump at a hotel, and quotes from The Dirty owner, who said that he had spoken to Daniels in 2011 and she had confirmed the affair.

It lacked: any mention of payments, a hush money contract or any corroborating evidence beyond the two secondhand accounts.

On top of that, Stormy Daniels herself had publicly denied the whole thing, a denial she would maintain for another year.

The story wasn’t close to being publishable, and my decision to hold it was a no-brainer. I didn’t do it to help Trump and never said nor implied otherwise. It was such an easy call that I never even informed my direct boss or anyone in management about it.

Still, our editors told Falzone to keep digging until, a week before the election, Stormy and her friends went radio silent.

Stormy and the media

In the recent national coverage of this incident, based on an article in The New Yorker, no one has questioned why Stormy would try to leak an anti-Trump story exclusively to Fox News, seen by virtually everyone as a pro-Trump outlet. In reality, she was actually talking to a handful of others as well.

The Daily Beast later reported that it had “protracted talks” with her and had three sources confirming the affair. She was reportedly in talks with Good Morning America as well.

So why didn’t those outlets publish anything either? The best account I’ve found was written by Jacob Weisberg, Slate’s then editor-in-chief, who was also chasing the story. It’s a fascinating read and similar to our own experiences.

Prior to the election, he had spoken several times to Daniels and even seen some so-called corroborating evidence, yet still didn’t publish a story, for solid reasons. For instance, an unsigned, undated “contract” from Daniels’ lawyers with pseudonyms throughout is far from proof of the affair.

Why would they offer these bizarre snippets of information and then go silent? Again, Slate’s editor gives the best explanation: “Daniels said she was talking to me and sharing these details because Trump was stalling on finalizing the confidentiality agreement and paying her. Given her experience with Trump, she suspected he would stall her until after the election, and then refuse to sign or pay up.”

After her payment from Trump, Daniels stopped talking, and it took the Wall Street Journal a year to report the story fully on January 12, 2018.

Just days after the WSJ story, Fox’s earlier role in not publishing made its way to the press. Perhaps coincidentally it occurred at the same time Diana Falzone was suing the company for gender and disability discrimination. After I had left the company, Falzone was removed from on-camera work, which was essentially a demotion. She sued, claiming that management believed her recent revelation of endometriosis “detracted from her sex appeal and made her less desirable,” with no mention of a Stormy Daniels or any other story.

Back then, CNN’s Oliver Darcy and Mediaite’s Aidan McLaughlin were the only reporters to ask for my side of the story. To this day, they’re still the only ones who have.

In December 2018, Jane Mayer of The New Yorker asked me to talk about some of my experiences at Fox News. I spoke at length with her over the months, yet she never inquired about the Stormy Daniels story at all.

A week before publication, I received a few phone calls from a New Yorker fact checker confirming my quotes. Her last one was a surprise, asking me to confirm or deny what they heard from a secondhand source, alleging I had told our reporter it was “good reporting” but we shelved it because of Rupert Murdoch’s politics. I neither said nor even thought that because neither of those things was true.

I sent Mayer an email with some explanation and an offer to talk, and she responded: “sorry but I didn’t know fact-checkers called, I was hoping to call you first. we just added this to the story today. I’ll call in a bit. up to my eyeballs right this moment.” She never did.

I find it odd that she spoke to multiple others about the event, but didn’t have a single question for me, the person who unilaterally made the decision. She had time to interview and substantively quote The Dirty’s owner, however. In fairness, she did include a link to the year-old Mediaite story and reprinted 10 words from me.

In her 11,635 word piece, she didn’t find room to mention the paucity of evidence we had, the conflicting statements nor the other outlets which responded exactly as we did.

The New Yorker piece couldn’t have been more successful for them. In a media world where criticizing Fox News is an industry staple, the piece was picked up by almost every major outlet and Jane Mayer was feted throughout journalism.

My non-quote quote and wrong story appeared everywhere from cable news to Jimmy Kimmel to the news outlets that re-wrote the story, including The Washington Post, Guardian, Newsweek, The Hill, Esquire, Vanity Fair, and at least 70 others.

I say “re-wrote” instead of “reported” because not a single reporter reached out to me. None.

I’m an easy guy to find, especially since I’m in the process of launching a startup news site intent on bringing fairness back to journalism. This whole episode is an example of why the media has a credibility crisis.

The ultimate irony is that in its zeal to hang Fox News for journalistic malfeasance, the media tossed journalistic standards in the trash can and gave readers the 100% wrong impression of Fox and the Stormy Daniels story.

Journalists: these are the reasons why half of America believes Donald Trump when he calls us “fake.”

Ken LaCorte headed the editorial at Fox News digital from 2006-16.  He is the founder of LaCorte News.