‘I Understand Why People Have the Opinions That They Do’: Casey Anthony Breaks Post-Acquittal Silence

‘I Understand Why People Have the Opinions That They Do’: Casey Anthony Breaks Post-Acquittal Silence 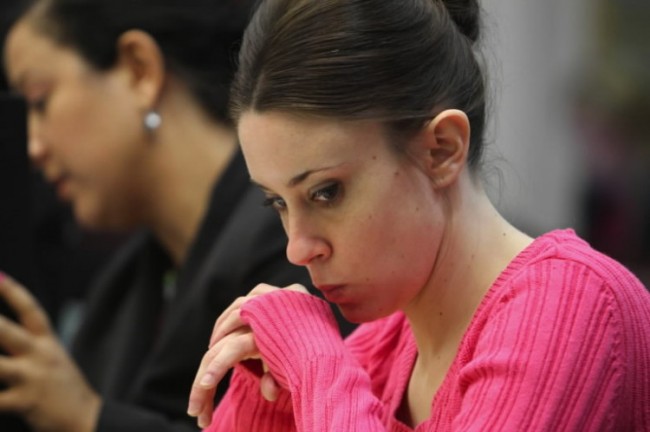 Today, Casey Anthony — whose 2011 trial for the death of her two-year-old daughter was to social media what O.J. Simpson was to cable news — trended on Twitter. While her name used to be a common sight on the platform, though, its reappearance today was sort of surprising. She’s been largely out of the public eye since being found not guilty of Caylee Anthony‘s murder, but this afternoon, the AP released a new interview with the much-maligned mother.

In it, she said that she knows the public perception of her is, well, not good to say the least, but she doesn’t “give a shit” and sleeps “pretty good at night.” She noted, “People found me guilty long before I had my day in court.” Still, she said this:

Based off what was in the media, I understand the reasons people feel about me. I understand why people have the opinions that they do.

It wasn’t just the media that pilloried her, in Anthony’s opinion. When talking about the lies she was caught in during her trial, she said, “Even if I would’ve told them everything that I told to the psychologist, I hate to say this but I firmly believe I would have been in the same place. Because cops believe other cops. Cops tend to victimize the victims. I understand now … I see why I was treated the way I was even had I been completely truthful. Cops lie to people every day. I’m just one of the unfortunate idiots who admitted they lied.”

She followed that up by reminding the interviewer that her father was a cop.

Currently living with and working for famed investigator Patrick McKenna, the former tabloid staple hopes to become an investigator herself one day. Until she has a job solving mysteries, though, she remains a big one.

“Everyone has their theories, I don’t know. As I stand here today I can’t tell you one way or another. The last time I saw my daughter I believed she was alive and was going to be OK, and that’s what was told to me,” she said regarding Caylee’s death.