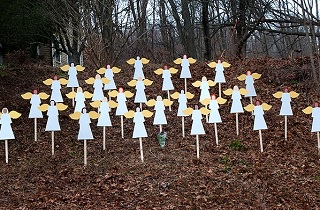 Filmmaker and activist Michael Moore is taking predictable criticism over his assertion that the media should release photos of the children horrifically slain in the December 14 mass shooting at Sandy Hook Elementary School. There are several elements of Moore’s commentary that are viscerally repulsive, but little within it that I can easily identify as just plain wrong. The thing that I find most offensive about Michael Moore’s commentary is the mere possibility that his central premise, that Americans need to see those photos in order to become energized about life-saving gun regulation, could be right.

Where I clearly disagree with Moore is in the notion that media outlets should publish the photos of the children’s bodies without the parents’ permission. His comparison of the Newtown children with Emmett Till, the black teenager who was savagely lynched in 1955, is compelling, because Till’s mother insisted that the world see the strange fruit of racist hatred. If the Newtown parents were to make such a decision, it would immediately silence the notion that the photos were “political props,” or that gun control advocates care more about their cause than the feelings of the parents. As silly as that notion is, releasing the photos without their permission would badly undercut the desired effect.

While I disagree with Moore on that point, he makes a fine case for it, citing other published horrors which led to beneficial political change:

In March, 1968, U.S. soldiers massacred 500 civilians at My Lai in Vietnam. A year and a half later, the world finally saw the photographs – of mounds of dead peasants covered in blood, a terrified toddler seconds before he was gunned down, and a woman with her brains literally blown out of her head. (These photos would join other Vietnam War photos, including a naked girl burned by napalm running down the road, and a South Vietnamese general walking up to a handcuffed suspect, taking out his handgun, and blowing the guy’s brains out on the NBC Nightly News.)

With this avalanche of horrid images, the American public turned against the Vietnam War. Our realization of what we were capable of rattled us so deeply it became very hard for future presidents (until George W. Bush) to outright invade a sovereign nation and go to war there for a decade.

It is in making that case, and elsewhere, that Moore’s commentary begins to turn the stomach. It’s a cold, practical argument, as is his stated goal of “finishing off the NRA” by releasing the photos, which he then couples with graphic, emotionally fraught descriptions of what the Newtown photos might look like. Michael Moore is not a deft writer, and his emotional manipulations can be clumsy, self-conscious. The effect is profoundly uncomfortable, even repulsive. Is “finishing off the NRA” a worthy consequence of such a soul-shattering tragedy?

That question is at the heart of the “exploitation” narrative, and relies on the misguided premise that all “political”goals are created equal. They are not. The NRA exists to promote the financial interests of the gun industry, at a heavy cost to public safety. Advocates for gun regulation exist to save lives. The NRA has proven itself a worthy villain in this tragedy, a fact that Moore’s headline assumes, but doesn’t take the full measure of.

Advocates for gun regulation support the right of Americans to defend themselves, to own firearms, and even to allow schools to employ trained police officers for protection. The NRA opposes any and all regulation of firearms, including background checks that would keep guns out of the hands of criminals and terrorists, and a ban on high-capacity magazines that would have demonstrably saved the life of nine year-old Christina Taylor Green.

Therefore, “finishing off the NRA” is not just a political goal, it is a moral imperative. That Michael Moore failed to deliver that message with nuance and sensitivity doesn’t make it less true.

What’s less certain is the premise at the heart of Moore’s essay, reflection upon which cuts deeply and painfully:

I believe someone in Newtown, Connecticut – a grieving parent, an upset law enforcement officer, a citizen who has seen enough of this carnage in our country – somebody, someday soon, is going to leak the crime scene photos of the Sandy Hook Elementary School massacre. And when the American people see what bullets from an assault rifle fired at close range do to a little child’s body, that’s the day the jig will be up for the NRA. It will be the day the debate on gun control will come to an end. There will be nothing left to argue over. It will just be over. And every sane American will demand action.

At this point, we have no real way of knowing whether the tragedy in Newtown has really changed things. It may already have. Polling on specific gun control measures shows overwhelming public support, but doesn’t measure the intensity of that support, so it may be a long time before we find out. First, Congress must vote on all of these measures, and if they don’t pass, we’ll have to see if voters punish them for it in the 2014 mid-terms. Moore points out that past tragedies haven’t managed to move Americans to demand action, but maybe this time will be different.

It’s my hope that Americans are already as moved by this tragedy as I was, and whether or not they agree with all of the measures being considered, will demand a vote on them. The idea that I might live in a country full of people who would need to see photos of these horrifically slain children in order to demand action angers me. As I read Moore’s piece, it was this anger that blotted out the merely discomforting aspects of it, and even blotted out my disgust with Moore’s concern-trolling critics. If we can’t internalize this tragedy now, if we can’t already feel the crushing weight of those lost souls, if we can dope ourselves into closing our eyes, looking away, then to hell with us.

But there’s an even more disturbing possibility embedded in Michael Moore’s demand. As much as I want it to be unnecessary, there may come a time when one or more of the Newtown parents decides to heed Moore’s advice, decides that no matter the emotional toll, it is worth publishing these photos if it will save a child in the next mass shooting. As accursed as I find anyone who requires such prodding, the practical effect of their support might be necessary, and might be worth it. However, given the American people’s, and the American media’s, history of backing down from the loudest voices in the room, there remains the sickening possibility that even those photos wouldn’t be enough.