If The Author of the Op-Ed Has Lied About Writing It, The NY Times Should Expose Them 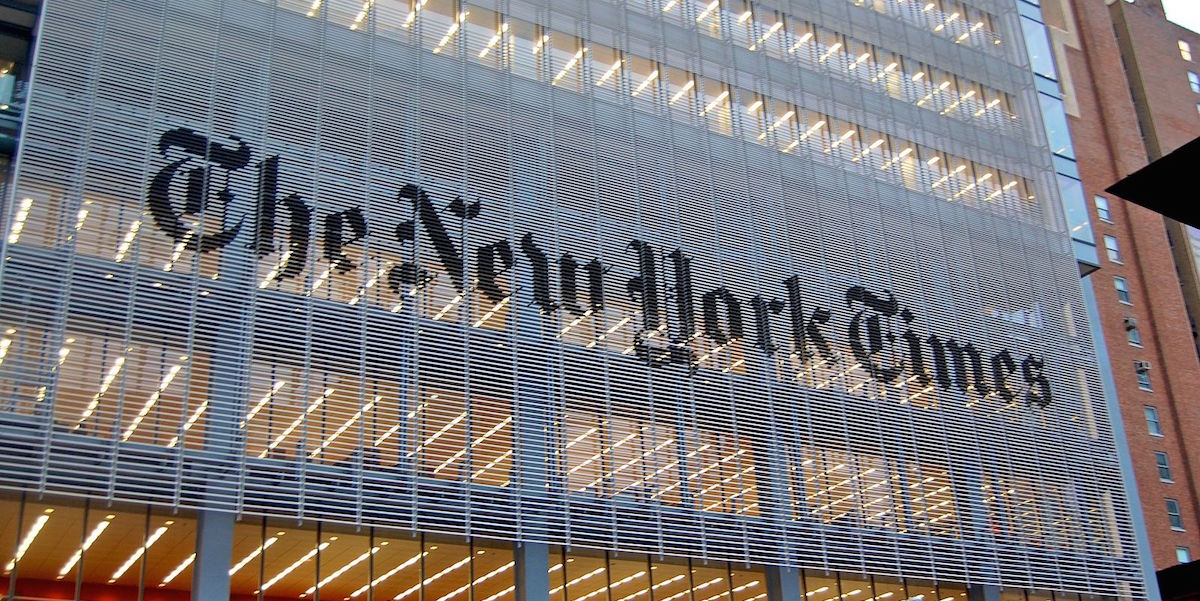 It has been almost a week since The New York Times published that that blistering op-ed written by an anonymous senior Trump official. Nearly every prominent figure in this administration has publicly gone on-record denying they wrote it.

Well, one of the following has to be true: either we still haven’t publicly heard from the real author of the op-ed or someone is lying.

On ABC’s This Week, Chief White House Correspondent Jonathan Karl posed the question about whether the The New York Times will “protect somebody” if the senior official is lying to the American people.

“That’s why I say that the denials are important,” Christie told the panel, “because I would assume that The New York Times would be responsible enough that if someone is out there outright lying about their participation in something like this that that would then force them to out this person, if they’re lying about it.”

“They’d know a public official is lying about it,” Karl agreed.

“Right,” Christie continued. “And a senior public official as they deny it, someone has the responsibility.”

All week, we’ve been speculating about which Trump official wrote it. Some have pointed to Vice President Mike Pence for the author’s use of the word “lodestar.” Others have pointed to Chief of Staff Gen. John Kelly. From Mike Pompeo, Kellyanne Conway, Sarah Huckabee Sanders, to folks like Jared Kushner and Ivanka Trump, it’s like the Murder on the Washington Express. Everyone is a suspect.

There has even been absurd speculation from Trump supporters that The New York Times themselves was behind the op-ed and this so-called senior official doesn’t even exist.

What hasn’t been talked about, however, is the possibility that the op-ed writer has already denied that they wrote the op-ed.

Does Chris Christie have a point? Is it the responsibility of a news organization like The New York Times to expose the lie made by our elected officials and government employees?

Ever since Donald Trump took office, countless unflattering reports about the White House have relied on anonymous sources, which has drawn criticism from the president and his supporters, often leading them to call news stories “fake news.” But this is the first time in the Trump presidency that an entire op-ed was written by an anonymous source.

Despite Trump’s nonsensical calls for Attorney General Jeff Sessions to have the Department of Justice “look into” who’s behind the op-ed, The New York Times had every right to publish it and to protect the identity of the author. That being said, if the author has now publicly denied that they wrote the op-ed, no longer is The New York Times simply protecting their identity. They’d be preserving a lie.

Could you imagine any other scenario in previous administrations where a high-level public official lied to the American people and a reputable news outlet had proof to deny their claim and did nothing about it? Of course not.

But in this situation, it’s a public official who is supposedly part of the #Resistance movement from within the White House. If anything, the only benefit the Times would have in preventing this person from ultimately being fired is to use them as an anonymous source in future reporting.

The author’s identity is so secretive within the Times that even the paper’s executive editor Dean Baquet and its entire news division have reportedly been kept in the dark.

And so the predicament the editorial board is in: are they willing to preserve a lie from this administration? If so, it would set a new precedent. In other words, they can pick and choose who to shield and who to expose? Or is their ultimate responsibility to the truth?