If Trump Loses, Does He Become an OJ Simpson-Like Pariah in NYC?
Opinion

If Trump Loses, Does He Become an OJ Simpson-Like Pariah in NYC? 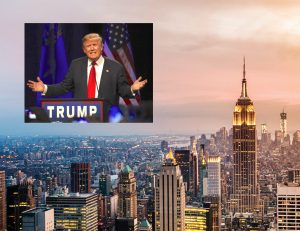 In the wake of the acquittal of OJ Simpson, he was arguably the most famous (or infamous) man in America. Everywhere he went, even just to a restaurant, made news. Back then––like before he went back to jail for absurdly trying to steal back his own memorabilia––he had a fairly sizable group of supporters and many others who were in awe any time he ventured out in public. According to OJ, he received enormous support in the years following the verdict.

That was probably true.

Except that was clearly not always the case, with certain restaurant owners, for example, able to make news by just refusing to serve “The Juice.”

To be clear, no matter how much one may dislike Donald Trump, he is no OJ. He hasn’t been charged with a crime, much less murder. But he is now one of the most divisive figures the country has ever seen on such a public stage –particularly in the big city enclaves where he lives and socializes. His support in those cities is mostly small, and if he loses and no longer could become arguably the most powerful man on the planet, well, suddenly everything could change.

In liberal Manhattan, where Trump has very little support, he has already become a despised figure to many. Anthony Bourdain, for example, recently said he would “absolutely fucking not” dine with Trump, explaining, “Mr. Trump is a New Yorker. We know him well here. We’ve watched how he does business and we’ve watched him say things and then we’ve seen whether or not he did those things, we have seen how he treats the people he does business with.”

So what happens when he goes out in the Big Apple if Hillary Clinton is our President-elect? Do the social lemmings welcome him back because now he is just that much more famous, or does he get ostracized or even mocked?

Donald Trump wants to win for a lot of reasons, but an additional driving force could be how ugly it could potentially get back home if he doesn’t.