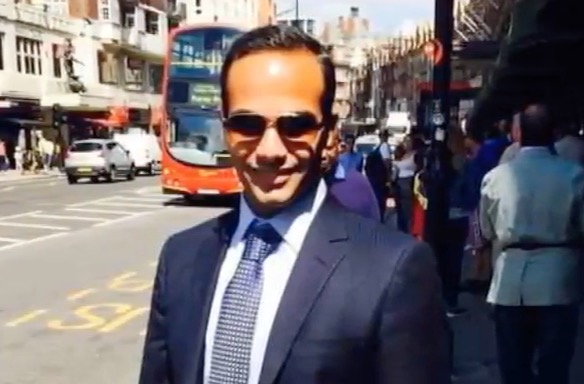 Hours after ex-Trump campaign manager Paul Manafort and staffer Rick Gates were indicted amidst Robert Mueller’s Russia investigation, campaign adviser George Papadopoulos plead guilty to lying to the FBI — and Twitter is prepared for the next domino to fall.

Papadopoulos, who attempted to stage a meeting between Donald Trump and the Kremlin, claimed that his proposed meeting with Russia predated his work on the Trump campaign, but this information was proven to be false by the FBI.

Twitter users reacted to this news by pointing out the Papadopoulos story is actually a bigger one than the headliner Manafort and Gates indictments, as it appears the former aide is cooperating with authorities on the Russia investigation.

See blow for a few of the most informative and hilarious tweets on Papadopoulos:

I’m showing up to the impeachment party like… pic.twitter.com/u5yLGRect6

Possibly Trump’s best defense is Papadopolous seems like such a doofus and fool in these emails. https://t.co/YhH89CfmIx

Papadopolous may well turn out to be holding the smoking gun

Manafort/Gates are the bigger names. But clearly Papadopolous is today’s bigger story.

In my wildest DREAMS I couldn’t have hoped for the Papadopolous guilty plea today. It’s going to bring them all down.

Sources: Papadopolous was in contact with campaign a “significant” amount but was talking to officials more via email than at office.

Pap is arrested in July, agrees to cooperate, cops to lying on 10/5 and the statement is sealed until … the day Manafort indictment is out.

Remarkable how much Papadopolous’ plea complicated the WH response to Mueller as they were seeking to distance Trump https://t.co/uaUNTI6fMH

Unless I’m mistaken, virtually none of the Papadopolous details are previously reported. Mueller knows a lot that the public + press do not.

Worth noting Papadopolous once bragged about how he knew better than GOP foreign policy advisors in DC pic.twitter.com/4GqLCPjlGx

Reading through Papadopolous charges, they’re real bad. And I’d say White House may have some real problems on hands https://t.co/Jv8HtgR75E